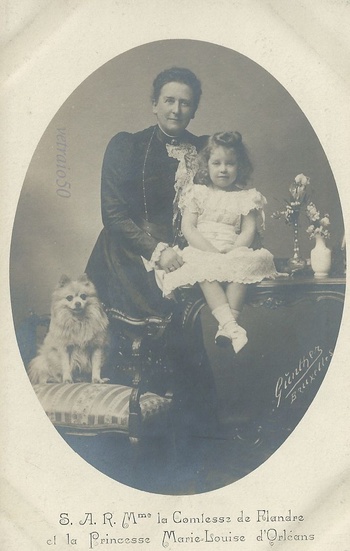 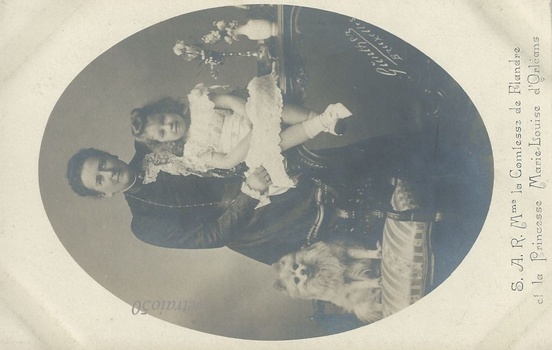 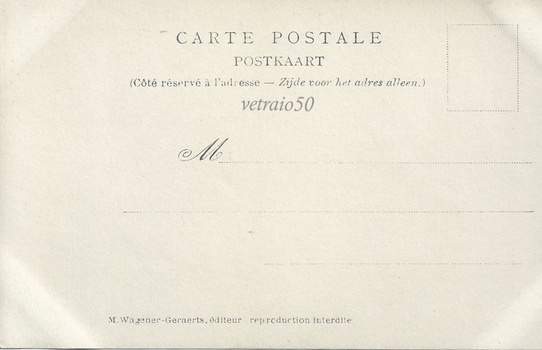 This is a photo of the Comtesse with her eldest grandchild the Princesse Marie Louise d'Orléans (1897-1973).

There is an American connection here too!

My last posting concerned Prince Philippe, Count of Flanders, second son of King Leopold I of Belgium. The Comtesse was his wife.

A case in point is the Belgian royal family where the Belgian King Leopold II had four children: a son and three daughters. His son died young at age nine. When Leopold II died the crown passed not to his daughters but to the son of his brother Philippe.

Philippe was in fact the ‘spare’ not the ‘heir’!

Thus the importance of the COMTESSE de FLANDRE. She was the mother of Albert I King of the Belgians from 1909 to 1934. She was the Queen Mother.

She married on 25 April 1867 in Berlin with Prince Philippe, Count of Flanders, second son of King Leopold I of Belgium and Louise-Marie of Orléans.

So who is the pretty child in the photo?

Her name was Princesse Marie Louise d'Orléans (1897-1973) the daughter of the Comtesse’s eldest daughter. Her father was Emmanuel d'Orléans, Duke of Vendôme.

She married twice. Marie Louise's first marriage to Prince Philippe of Bourbon-Two Siciles ended in divorce in 1925. They had one son, Prince Gaetano, who was born in 1917.

Her second marriage was to Walter Kingsland who was born on 23 April 1888 at New York City, New York, U.S.A..

Her effects went to auction at Drouot in 2013!
Amazing!