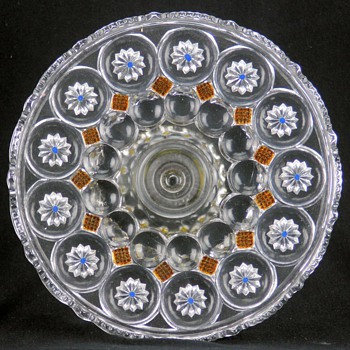 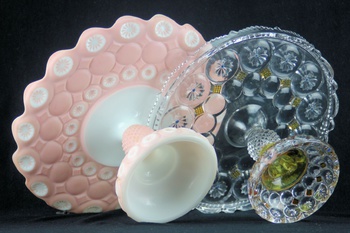 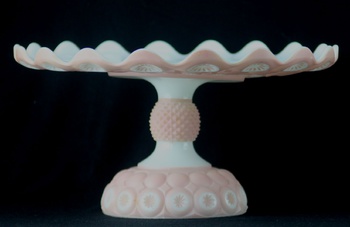 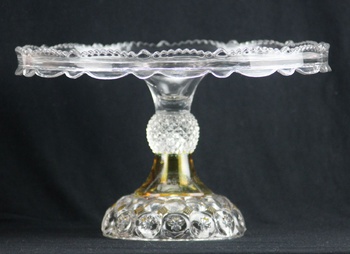 Here are just a few comparison photos of Jeweled Moon and Star. This pattern was first made in crystal, and crystal with blue and gold stains. The pattern was reproduced by Phoenix Glass Company in 1929 from molds acquired from Co-Operative Flint Glass who made the EAPG pattern in 1896 and first called it 'Imperial'. The paper labels are marked Phoenix Sculptured Artware. This pattern was also later made by Kemple Glass, but Phoenix Glass was the only one to produce the milk glass w/pink.