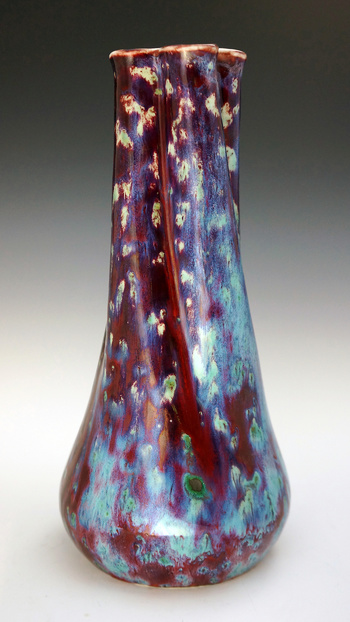 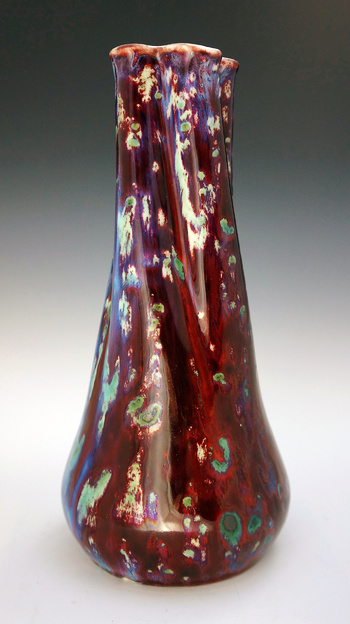 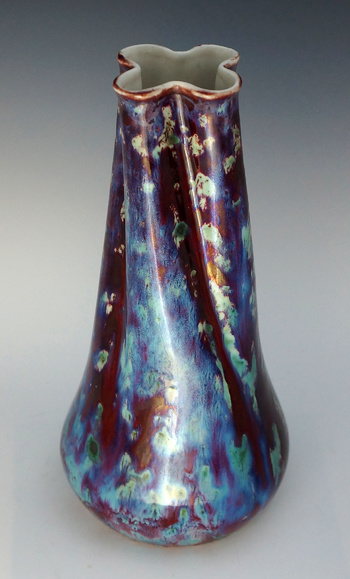 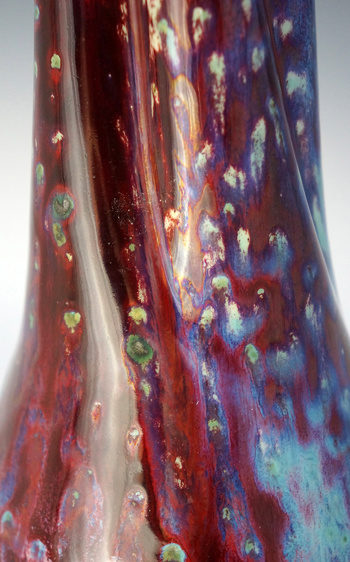 KPM (Königliche Porzellan-Manufaktur or Royal Porcelain Manufactory, Berlin) has a storied history extending back to 1753, when Frederick II permitted Wilhelm Caspar Wegely to open a porcelain manufacturing business. But, it wasn't until the late 1870s that the company ventured into organic glazes and design that was to signal the coming of the Jugendstil.

The manufactory associated with a Chemical-Technical Research Institute in 1878, and the institute's director, Hermann August Seger (1839-1893), produced numerous glaze and firing innovations that substantially increased KPM’s proficiency in designing moulds and working with colours. Among his many inventions, Seger developed new kinds of under glaze colours. Oxblood-, celadon-, crystal- and dripped glazes were created, inspired by Chinese ceramics, and they enabled new forms of artistic expression, making Seger an early pioneer of the Art Nouveau aesthetic.

In 1908, Theodor Schmuz-Baudiss became KPM artistic director, and he promoted the use of Seger’s glazes, bringing KPM further fame and admiration at international art exhibitions.