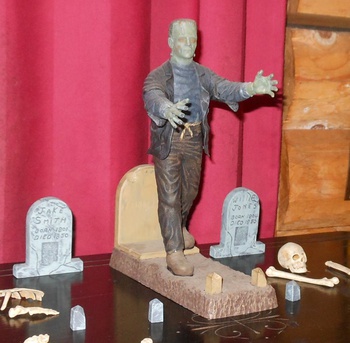 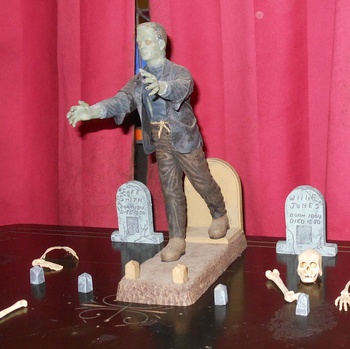 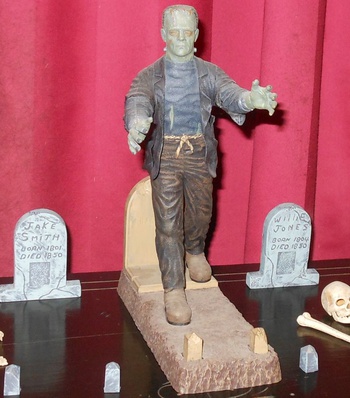 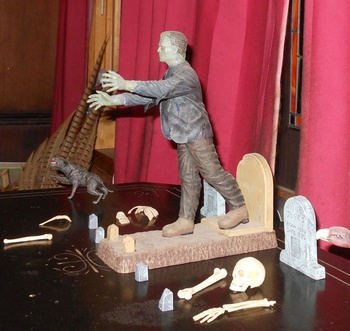 This was the first of the Universal Monster models released by Aurora. First issued in 1961. It was so successful they added a second shift to the production. Aurora sold out to Mattel in the 1970s but many of the molds were lost in a train accident although Frankenstein survived.
This model was released under the Monogram name by Mattel in the 1980s. Currently it is being released under the Revell name.