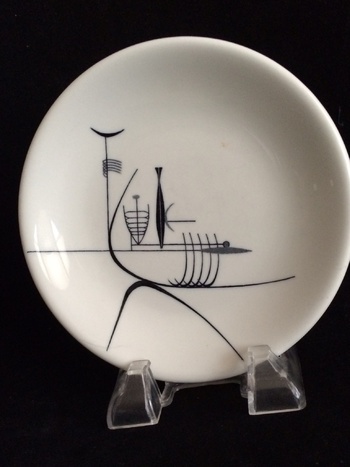 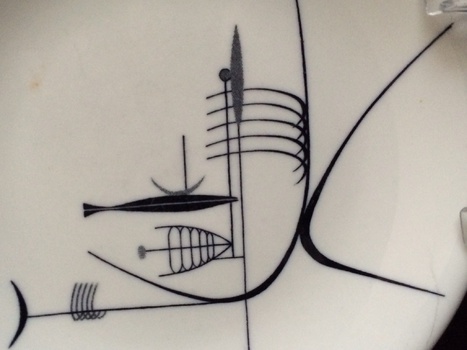 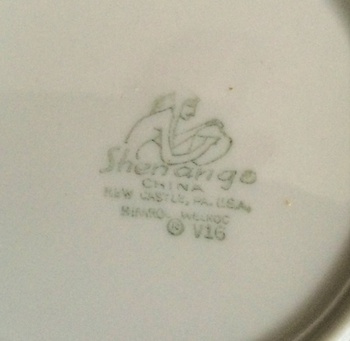 Sherman House Hotel Well of The Sea Restaurant
Richard Koppe designer
6 1/8 inch side Plate Shenango China
RIM ROL WEL ROC V16
Shenango bread and butter plate with the Well of the Sea pattern is shown here on a 6 1/8" diameter dish. On a Richard Koppe design, it is an stylized rendering of fish, fish hooks and lures. This dinnerware pattern was featured at the Hotel Sherman beginning in 1953, but it was also offered commercially. The stamp on the back reads : SHENANGO CHINA USA, RIM ROL, WEL ROC V16 The 16 indicates it was made in 1958. There are no chips, cracks or crazing, bought 8 of these for .32 cents each. Wished they had the larger plates but that's all they had.