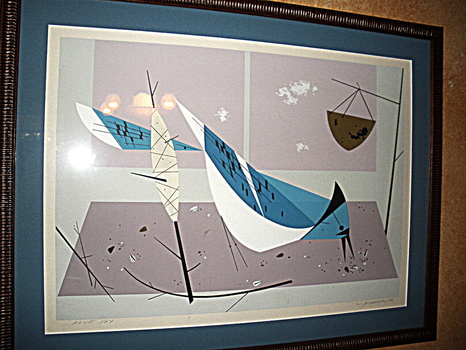 Here's another rare, signed Charley Harper silk screen/serigraph hanging up in my dining room. This blue jay portrait is a very desirable and sought after print. Circa 1950's.