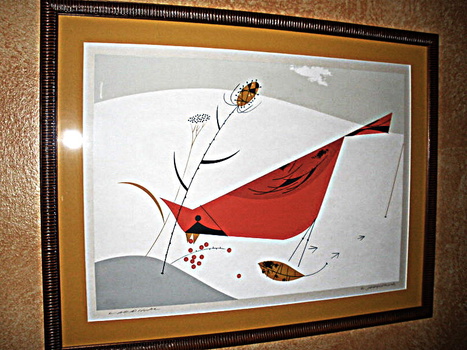 Here's another rare, signed Charley Harper silk screen/serigraph hanging up in my dining room. This cardinal portrait is probably one of the most popular prints from the era. Circa 1950's. He did some later cardinal prints in the 1970's, but this mid-century modern one is my favorite.