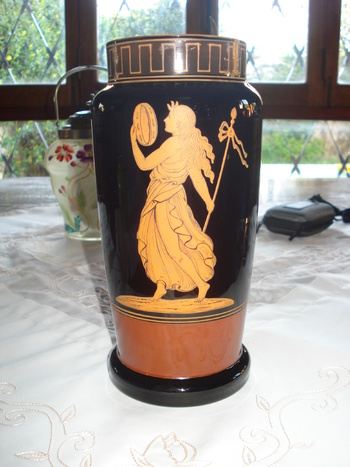 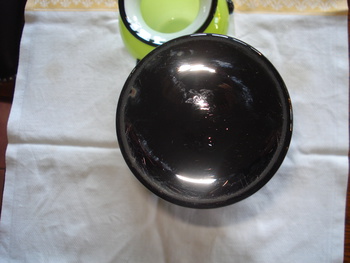 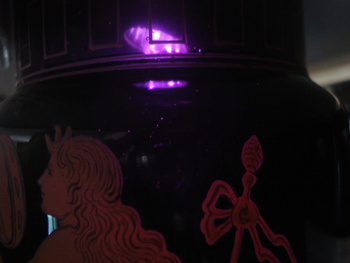 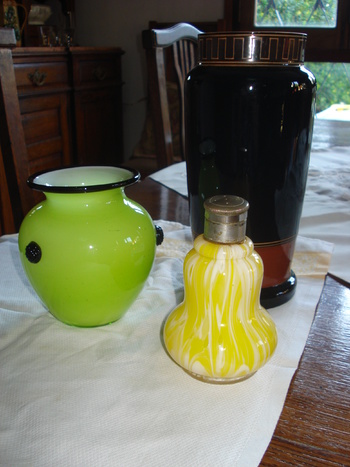 Yesterday, Sergio and me went to the antiques and artisan market. We bought several thinks, and it was a long time since we could buy something there. Here there is a great inflation process and we have to care about our expenses. This magnificent vase was bought in a shop whose owner is Beatriz Riga. She had it for more than a year because I did not want to pay the price she asked. But, yesterday there was another vase (next post) I was interested in and she made us a great discount that together with the 30% of inflation we have per year was more than half the initial price. It is not easy living here but the people is marvelous. As all the colored glasses it was sold as Murano, but I knew it was a Harrach. There is one identical here http://www.thegildedcurio.com/item-Harrach-73.html, I had learn a lot with this site of the web and he or she has so many marvelous glasses. The description there says “Basalt glass vase with classical figures enameled, Harrach. These were presented in the 1851 world’s fair and made thru the 1860's. Later they were made again in the 30's, 9" tall,” I am sure mine is from about 1925-1929, before the great recession. The quality of the handmade enamel is excellent (you can zoom the picture to see the black lines of the woman dress and the brown lines of the Greek of the neck, first pic), it is very light and thin though so dark that light do not traverse it (third picture) and no pontil mark (second pic). The fourth pic intend to show the glow and color.