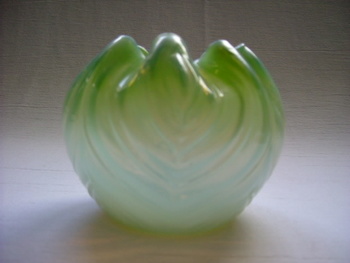 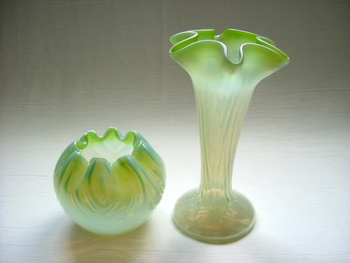 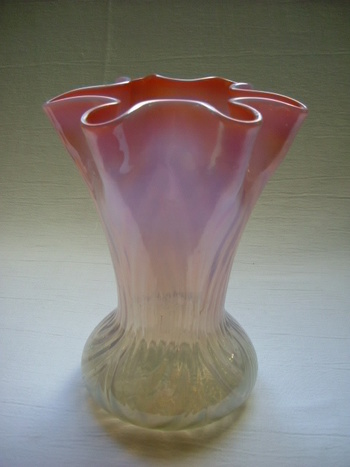 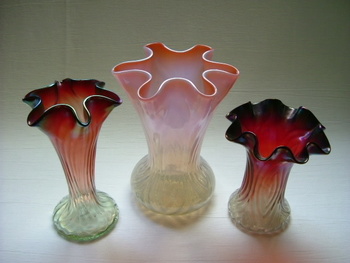 First a small rose bowl with a crimped rim in the same décor as the vase beside it in picture two, though the rose bowl has a pale blue iridescence.

The vase in picture three has an interior in a coral colour at the neck. It too has a blue iridescence giving this vase a mauve cast. The ribbing on this vase is in the same pattern as that on the 'squat' vase in image four.

All five have snapped off pontils.

The rose bowl and the pinkish vase have also been identified as Kralik....thank you Michelleb007.