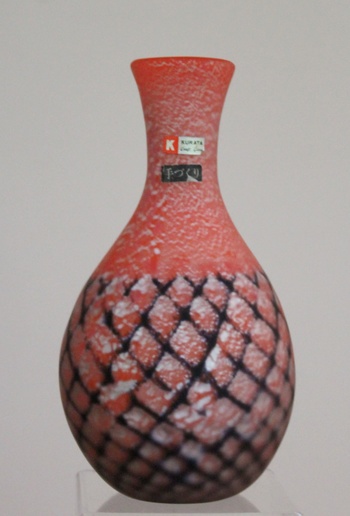 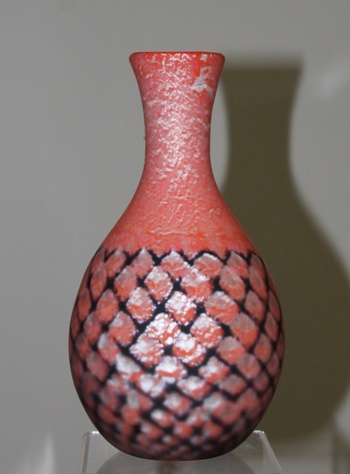 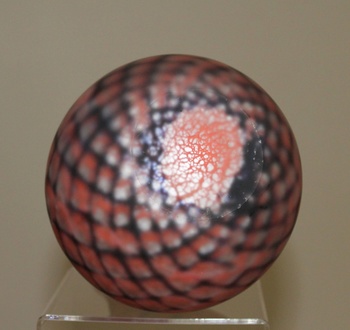 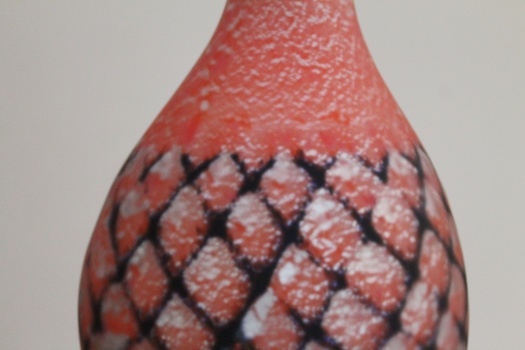 Kurata Glass seemed to have pushed the boundaries as far as style and technique goes and this vase is certainly interesting.

Made from an odd blush pink over a white inner, the bottom half has had the addition of black grid lines.
Both the top and bottom half have been silvered (probably with mica) but the bottom has been given an extra sprinkle.
The whole vase has then been sandblasted.

It's growing on me aesthetically and I am impressed with it generally.
I have thought it before but this vase reinforces my idea that Kurata made their own glass colours.

If anyone has ever seen anything like this before please tell me.
I would be interested to know if the Kurata craftsmen worked this out on their own!