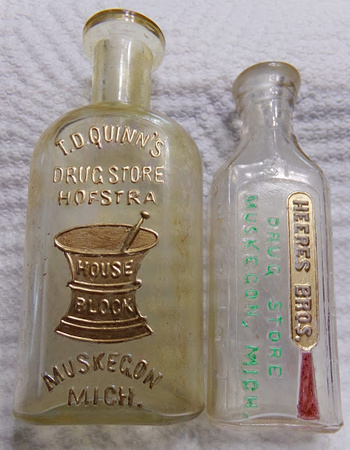 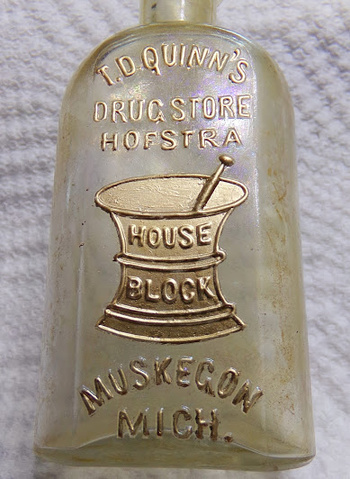 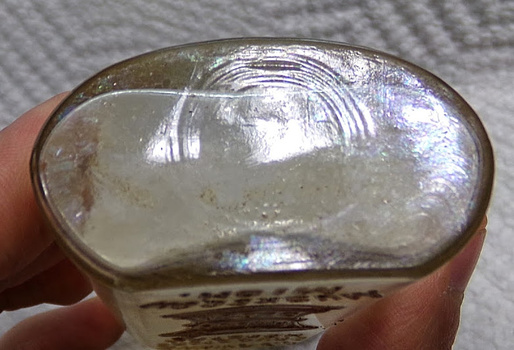 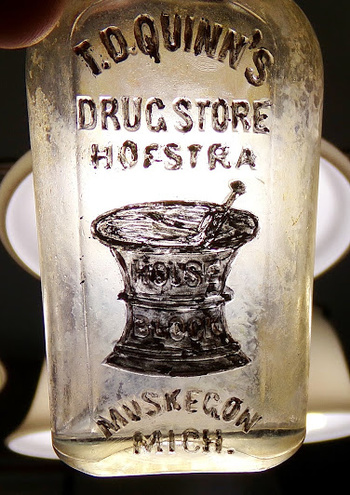 I only now highlighted it but got it in the last month. The one next to it is circa-1906 from commonly seen Heeres (Harris) Bros. Drug Store, 1890ish to 1960ish.) I highlighted it as well.

T. D. Quinn was in Muskegon from 1868 till 1906. He was at the Hofstra House Block from 1868 to about 1881 (this bottle.) He later moved to Lansing, Michigan, from Muskegon. Although he was here for quite a while, this is a rare bottle I'm very blessed to own (no damage, just heavily stained.) He himself was a physician here as well.

For some reason, his bottles just rarely turn up.

The final pic teaches what could be called a moral lesson.
See the first pics, of how great it looks in gold when light bounces off its surface? It's the same paint-job in the final pic, but I held it up to the light and grimaced in disgust. What looks beautiful on the surface is a lie. LOL.