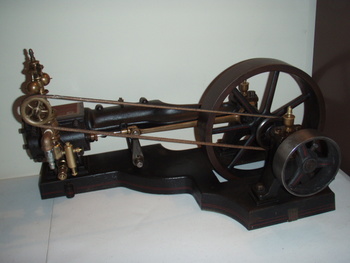 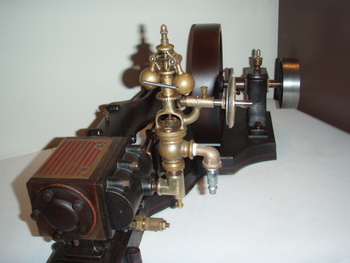 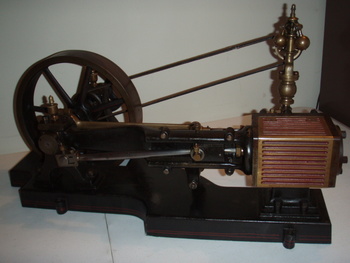 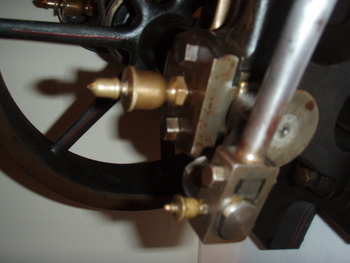 This is a 1/2 hp. horizontal steam engine mfg. by the Sipp Engineering Co. The engine was built around 1890. It has an 8 1/2 " dia. flywheel and is about 22 " long. For it's age, the condition is excellent. You can see that it still has all of the original "acorn" oil cups in their original locations. (pic.#4). Finding these are usually unheard of.
The speed is controlled by the fly ball governor (shown in pic.#2).
The engine operates by steam entering the steam chest thus rotating the flywheel and the fly ball governor. As the governor rotates faster, the balls centrifically swing out. This causes less steam to enter the steam chest, thus slowing the engine to the proper operating speed and keeps the engine speed from "running away".
THIS IS NOT A MODEL. It is a working engine of it's time and may have operated a small lathe, or a printing press, or it could have operated a dynamo for 3 or4 lights, or 5 to 6 ceiling fans.
I run it on air at engine shows and it can run extremely slow on about three PSI. ( I love to see and hear steam engines run slow).
As I said, it is 1/2 hp. I also have a 1/4 hp. that is very similar, only smaller. The 1/4 hp. Sipp might have been used to wind bobbins in a sewing factory., or som other small chore.
It is the 1/2 hp. Sipp that is hard to find today, and almost impossible to find in the condition as this. 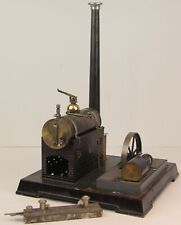 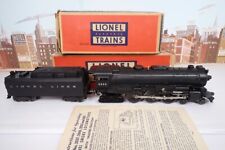 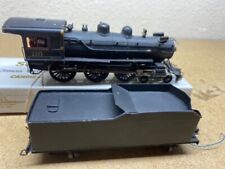