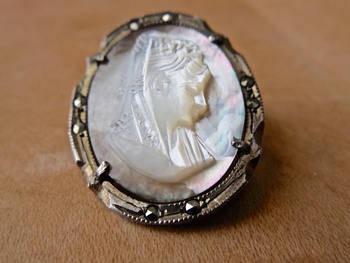 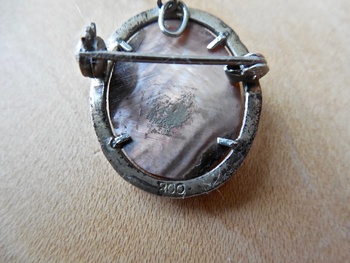 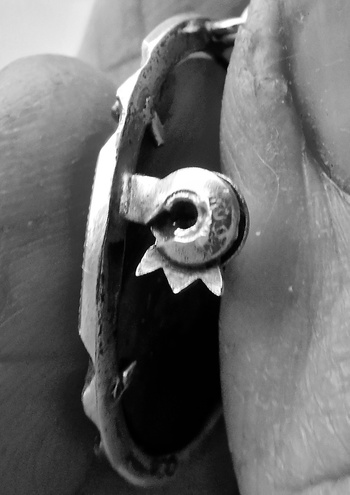 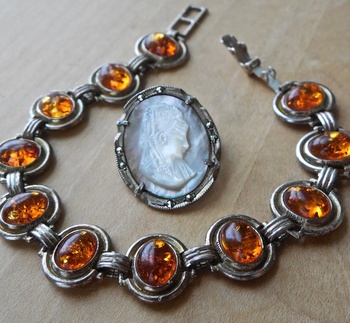 I found two nice silver items today. The pin is my favorite. It is 1" long, and so sweet. The metal around the outside is silver, there are 4 pairs of marcasites opposing each other on each pole. There is etching on the silver. The cameo is Mother of Pearl on top of abalone, or it could possibly be one piece. The image of the cameo is that of Victoria, at least that is what a collector-- told me when I showed her what I had found. I was told it was made in Germany as it is marked 800. There is a maker's mark on the clasp of the pin, but it is worn out. I included a picture of the clasp which as a crown she to it. Any information anyone can share about this kind of cameo is greatly appreciated.