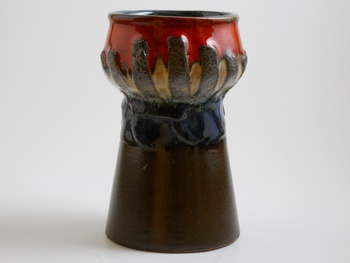 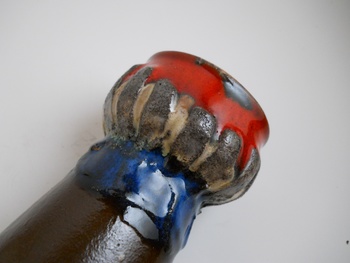 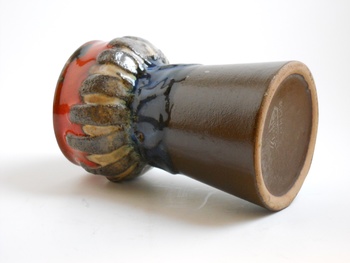 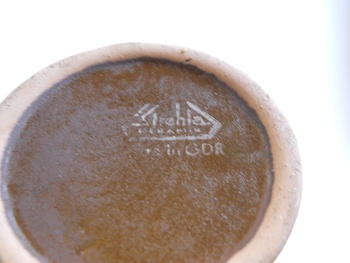 Good Morning CW Members----3:30 AM)2016-6-1
I found this little Vase Yesterday at my lunch time, at the first look I was thinking this is Western Germany Pottery, I was very surprise when i pull the price label to realize it is East Germany(my first piece ever), the maker is "Strehla" absolutely lovely vase, the glaze at the top is a very bright, Red and Blue, some cannelure(kind of lava style) cover the widest portion, Brown glaze at the bottom portion completed the vase, a very distinctive Maker mark at the base"Strehla,Keramic, Made In GDR"German Democratic Republic.
Very please with my first piece of East Germany for sure.

Though not a West German manufacturer we have included some of the main producers from East Germany who were manufacturing ceramics similar to those in West Germany.
Strehla were based in the small town of the same name in Saxony, Germany (formerly East Germany (German Democratic Republic (GDR) 1949-1990)). They produced both utilitarian and decorative items.