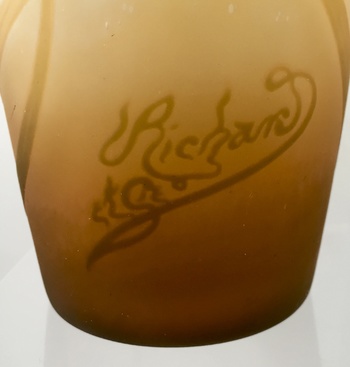 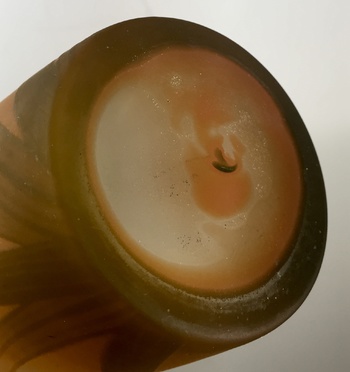 This rare variation of the Richard signature was put on some Loetz cameo vases made for J. Jouve on behalf of their client, Edmond Etling. This one is a little more complex than most of the Richard pieces I've seen - the ground is grün marmor (green marbled), with overlays of neurot and braun (new red and brown). It has a polished pontil and the signature has the additional words "et cie" (and company). I've only seen two pieces signed this way, and they are both documented on Loetz.com (see links below). Nice size, about 10" tall. The shape, PN II-8321, dates to about 1914, but the cameo orders would have been much later - early to mid 1920s.