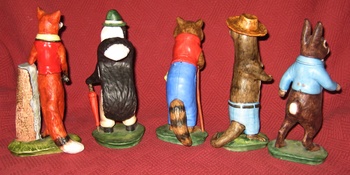 I've slowly been collecting the Goebel Old Mother West Wind characters and was finally able to complete my collection of characters this past week.

These were modeled after the Old Mother West Wind books that were written in the early 1900's by Thornton W. Burgess. The characters are from left to right:

They are made of bisque porcelain and were manufactured in the early 1970's by Goebel in what was then known as W. Germany. The characters all stand 7" and 8" tall. So, not too small. I had all of the characters except Little Joe Otter and was lucky enough to find him on eBay last week.

I also have the complete set of Old Mother West Wind books as well. I'll post those in another post.

Thanks for stopping to have a look!!! 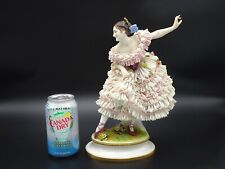 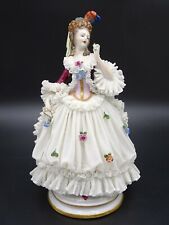 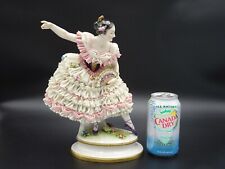