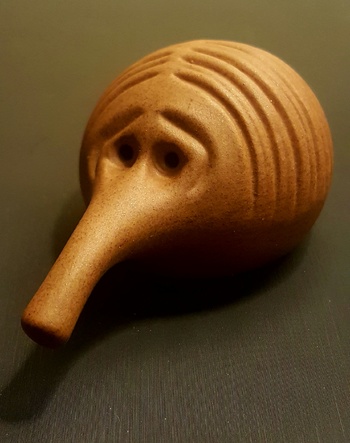 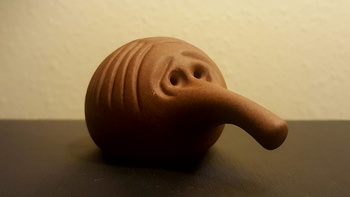 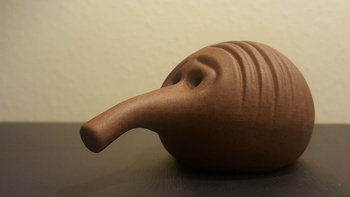 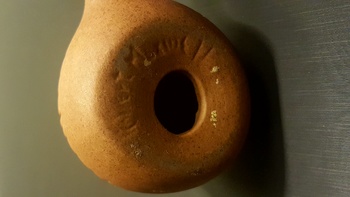 Unique Pottery Critter Beastie by Robert Maxwell 1960's California. The first of these wonderful quirky characters was a "happy accident", when Maxwell, a grad student, had a thrown pot fail. He called upon his imagination and turned the mistake into a one of a kind "animal", unlike any other. It was the beginning of his signature style. He went on to produce many such critters or beasties, as they became known. Formed U Name It to bring them to life and to customers. Much loved and highly sought after.