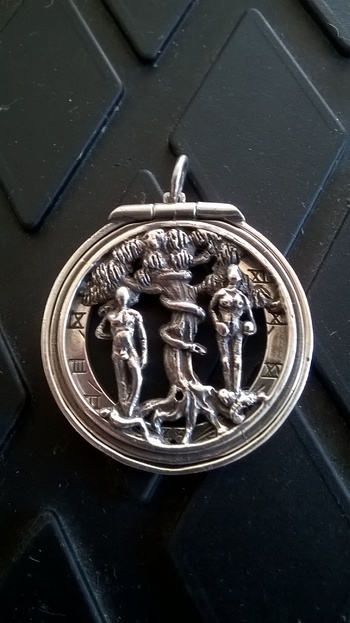 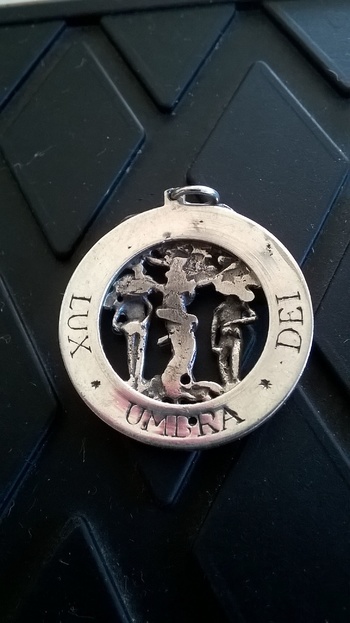 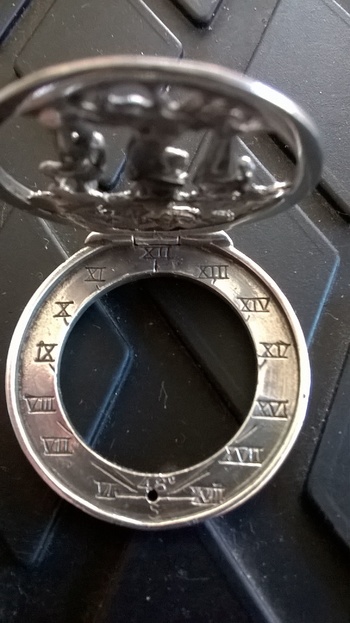 I bought this from a local thrift shop this morning. It depicts Adam, Eve and the snake.

My research lead me to the village of Naunton, UK:

"Naunton is a village in Gloucestershire, England. It is situated in the Cotswolds, an area of outstanding natural beauty (AONB); approximately 6 miles west of Stow-on-the-Wold and 12 miles east of Cheltenham. It stands on the river Windrush.

The population of Naunton in 2000 was 371,[1] reducing to 352 at the 2011 census.[2] There has probably been a settlement here for at least 2000 years. Formerly an agrarian based community[1] with the customary supportive trades[1] the turn of the second millennium witnessed a state of advanced transition into a dormitory type village[1] devoid of shops since 1999 and with spiraling property prices that most local people can no longer afford whilst still enjoying a fairly vibrant community spirit.[1]

The church, which is dedicated to St Andrew,[3] is largely 15th century but replaces an older Saxon church on the same site. It is known for two 18th century sun dials one of which is above a Latin inscription Lux Umbra Dei meaning "light is the shadow of God".

The 1998 Grand National winner, Earth Summit was prepared for the race in the village."

Whether my pendant has anything to do with the Naunton sundial is another matter, LOL!

Thanks for looking,
Bonnie