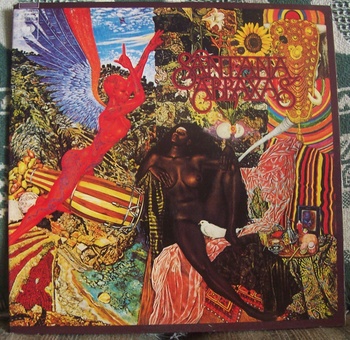 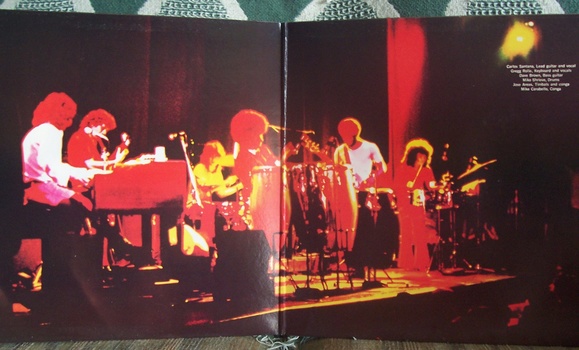 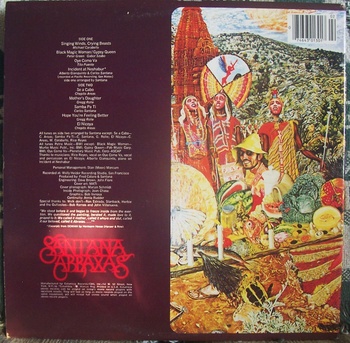 This is Santana's 2nd album 'ABRAXAS' (1970) Carlos Santana formed the band back in 1968-69 in San Fransisco. His guitar play is legendary. They broke out with a great performance at the 1969 Woodstock festival. They screamed onto the scene with their Afro-Latin-blues-rock fusion sound. That he is still performing to this day. With a concert coming here in the Detroit area, next wed 8-9-17. I will be attending as I have seen Santana many many times over the years.
This album has the extremely well known song 'Black Magic Woman/Gypsy Queen' on it. I personally go in for more of the deep cuts. Black Magic Woman has received tremendous radio airplay since it was released. My mom absolutly adores the guitar tune 'Samba Pa Ti' off of this album.
Personnel:
Carlos Santana - lead guitar & vocal
Greg Rolie - keyboards & vocals
Dave Brown - bass (R.I.P)
Mike Shrieve - drums
Jose Areas - timbales & conga
Mike Carabello - conga
Side note, Greg Rolie along with Neal Schon who later in 1971 joined broke off from Santana to form Journey. Who put out 3 incredible rock/fusion albums I like far better than the Journey more well known with Steve Perry on vocals. Steve Perry joined after the 3rd Journey album.