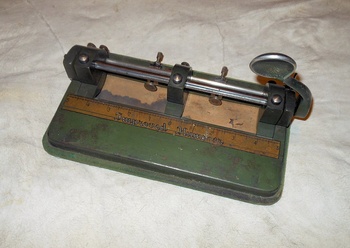 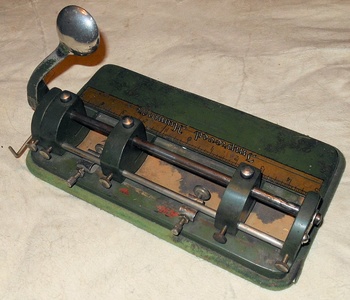 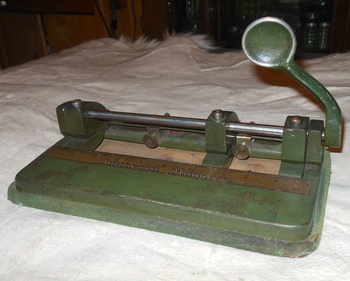 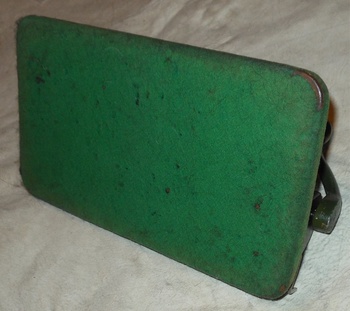 This is something I have never seen before, an adjustable hole punch and it is quite clearly vintage. For one thing it weighs seven pounds and suitable for fighting zombies. That is heavier than most medieval weapons.
These were made by Wilson-Jones Co. and was called the Improved Hummer. I have not been able to find anything certain for the age but seems to be early 1950s or earlier.
An interesting feature for this is that the punches are adjustable. I have moved them around in photos 3 and 4 to show that they move. The ruler in front can be used as a guide for setting the punches. There are screws to set the punches in place along with some braces to make sure they don't move.
In addition there is an attractive green felt underside. They should still be making these. 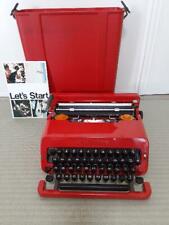 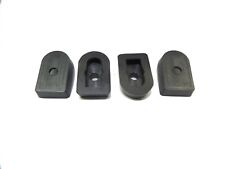 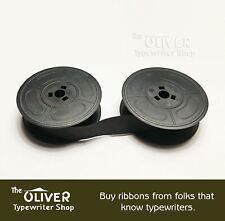