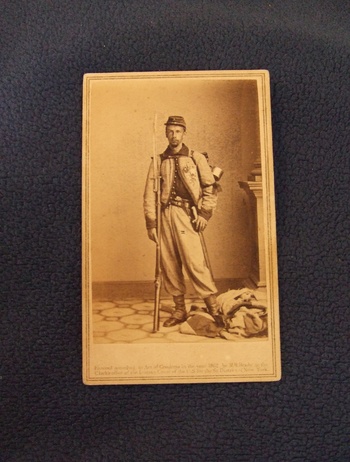 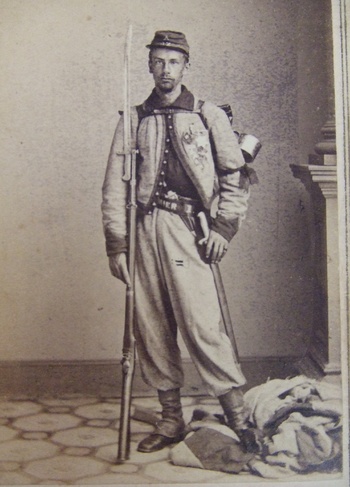 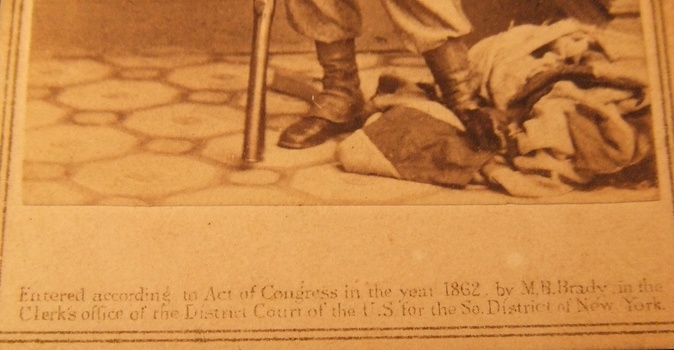 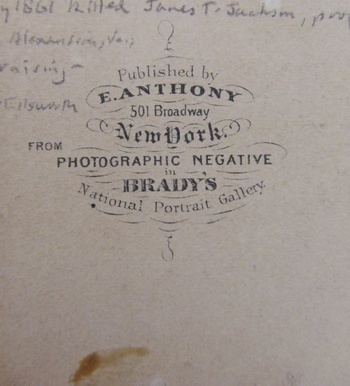 Francis Brownell was in the 11th NY Fire Zouaves and wears their early war uniform. The Regiment was commanded by 24 year old Colonel Elmer Ellsworth.

When the Regiment occupied Alexandria, Ellsworth cut down a Confederate Flag that was flying on the roof of the Marshall House Inn. The Flag was visible at the White House and it is believed that President Lincoln directed it's removal.

As Ellsworth was descending stairs with the flag, he was shot and killed by James Jackson, the owner of the inn. Brownell immediately killed Mr. Jackson.

For his actions, Brownell became a celebrated soldier and was given a Regular Army Commission. After the War, Brownell was awarded the Congressional Medal of Honor.

Images of both Ellsworth and Brownell were popularly collected in the era.

This particular view is very desirable. The image was photographed by Brady and shows Brownell standing over the Confederate banner.