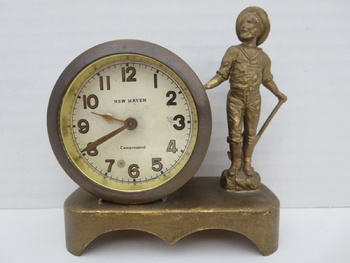 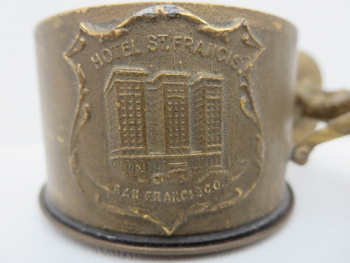 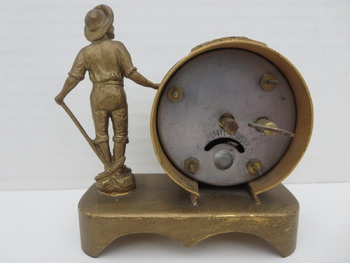 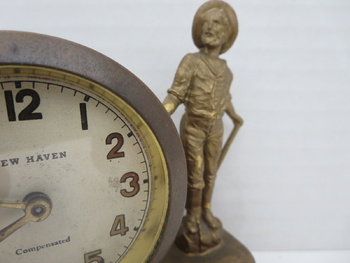 The Westin, Saint Francis Hotel, is a historic luxury hotel located on Powell and Geary Street on Union Square in San Francisco, California. The two twelve-story south wings of the hotel were built in 1904, and the double-width north wing was completed in 1913, initially as apartments for permanent guests.

The St. Francis Hotel was begun by the trustees of the estate of Charles Crocker, one of “The Big Four" railroad magnates who had built the western portion of the transcontinental railway. It was built as an investment for Crocker's two young children, Templeton Crocker and Jenny Crocker. It was originally meant to be called The Crocker Hotel, but alternatively it took the name of one of the earliest San Francisco Gold Rush hotels, the St. Francis.

Years ago, taking a visit to San Francisco, I took this little clock with me, and met with the in-house curator of the hotel. He told me, that in the early 20’s these little clocks were placed on the nightstands by the bed in their luxury suites. He also stated that they all mysteriously disappeared. I assured him that I was not one of the villains.

This little clock, by the New Haven Clock Co. is a small statue clock, measuring 4 inches wide from far edge of clock to the miners extended left hand holding his pick-ax. It is 4 inches from bottom of the base to the top of the brim of his hat. The base is 1-3/4 inches deep.