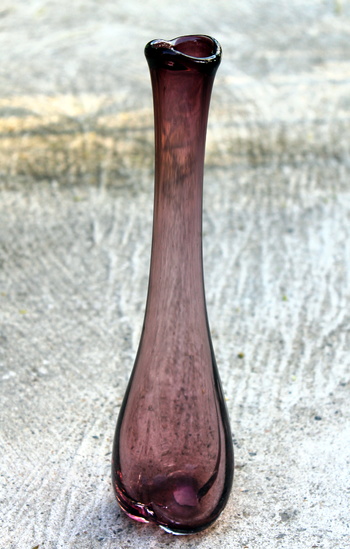 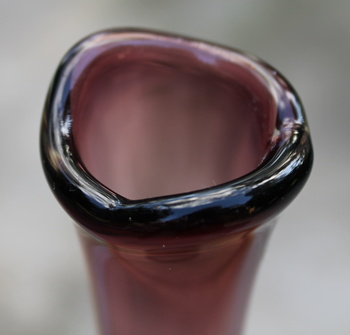 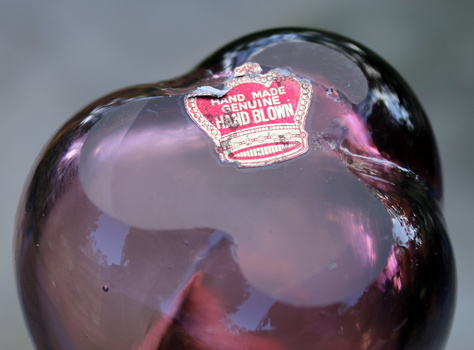 These vases pop up a bit here in Australia, and I have seen them also for sale in the UK and USA. Surprisingly, I have seen them sometimes attributed to Holmegaard, and more often to Scandinavia in general.
I have no idea why, except maybe the colour, and think it's one of those false attributions promulgated by the internet.
Clearly, it's not Scandinavian, and actually carries the very Murano like label that says nothing about origin. This label is now known to be import company in origin, although I don't think it's possible to nail it down to a particular company.
As vases go, it's a nice enough thing with it's three bubble base (is that the Holmegaard guess?) and rolled rim.