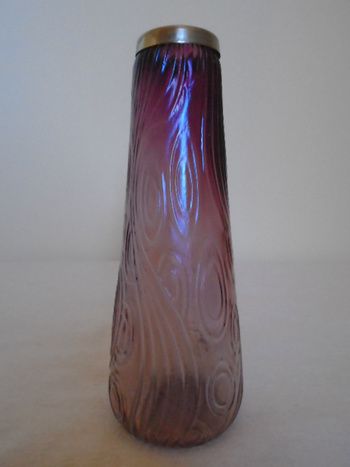 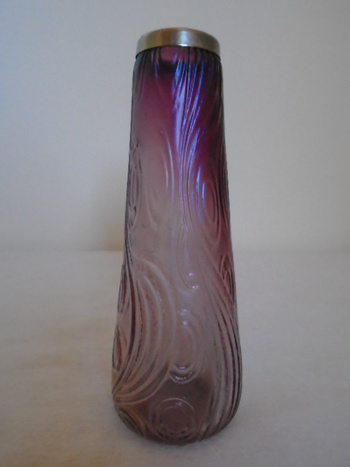 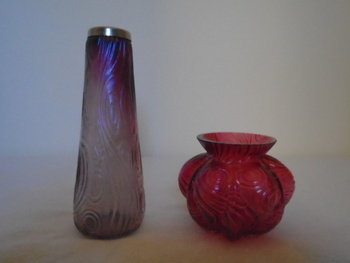 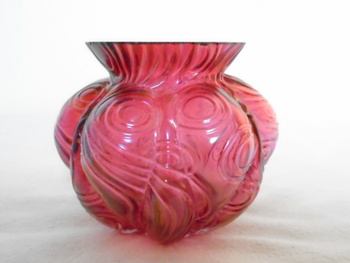 This is an irridescent moulded vase with a raised line pattern called, I believe. spiraloptisch. The pattern consists of curving raised lines which meet and part leaving flat areas. In these areas/spaces there are ovals and circles, each of two concentric raised lines.

The small lobed cranberry vase also has a spiraloptisch pattern but it has been identified as Welz due to it's shape. On this one too the spaces between the raised lines have ovals and circles of two concentric raised lines.

Does anyone have another shape in a spiraloptisch pattern to share, whether it is identified or not.