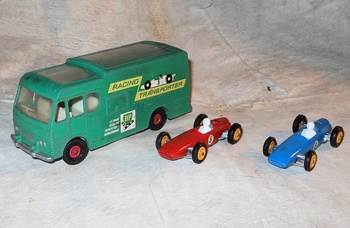 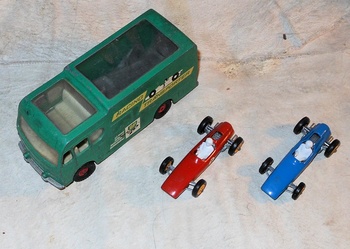 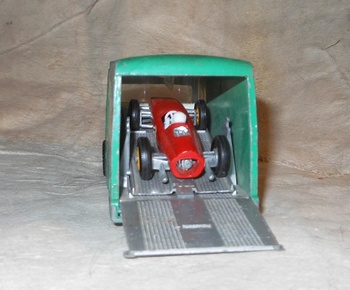 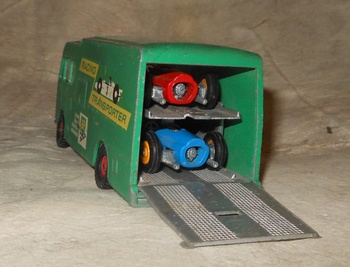 The red version of the Matchbox #52 racing car was only available in the G-4 Race 'n' Rally gift set. There were 9 other cars in the set but aside from the Lotus race car all came in the same colors as the regular versions. The Lotus comes in an orange version. It also comes with each of those vehicles in the standard colors.
The K-5 Racing Car Transporter was first released as M-6 in 1965 which was a Major Pack. Major Pack vehicles were larger vehicles built in scale to the regular Matchbox cars. In 1967 the Major Pack line was ended were added to the King Size line.
As can be seen the racing cars fit inside the transporter. The top ramps come down so that a car can be loaded. Once raised a second vehicle can be loaded. Looks like I will need another transporter for the Lotus race care.