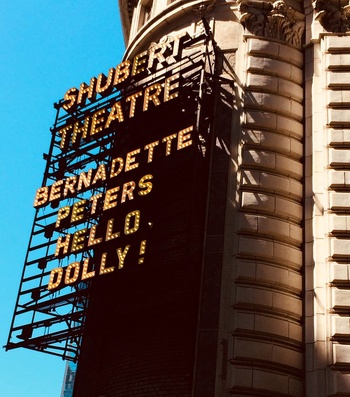 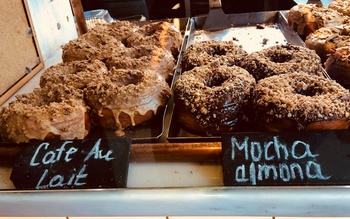 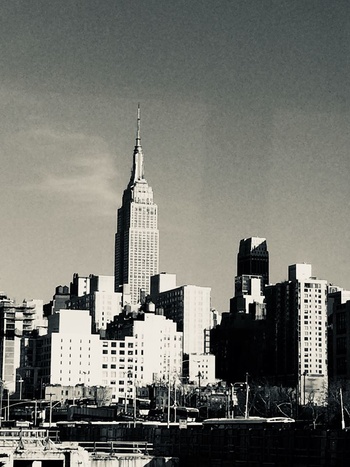 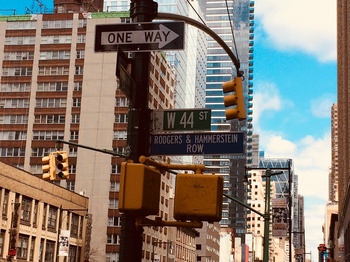 Yesterday, I chaperoned a field trip on which my son went with the music classes at his school. When you live 90 minutes outside NYC and you're in school, your field trips are going to Broadway or Lincoln Center or museums. Not too shabby, huh? This time, we saw Hello, Dolly with Bernadette Peters. It was a great show. Next trip is to Lincoln Center for Tchaikovsky's Sleeping Beauty and Sibelius' violin concerto.

If we arrive early with time to spare, the chaperones usually let the kids have free time as long as they meet us at the theater a half hour before the show. I was with three other parents and with over an hour before we had to meet back at the theater, we found our way to an out-of-the-way food court several flights up (with a virtually empty bathroom in the basement- a TREASURE!) where the doughnut photo was taken. I didn't partake, but the doughnuts were too scrumptious looking not to photograph. They made regular sized doughnuts look like doughnut holes! There was also a sushi bar with extremely fresh sushi, Mexican food (where you watched them make tortillas by hand on a press), green lemonade (lemonade with mint, which I did have, and it was delicious), noodle bowls, and other uniquely delicious fare.

The Empire State Building photo was taken on the bus on the way out of the city. It was a perfect view/perfect photo op, especially stuck in rush hour traffic.