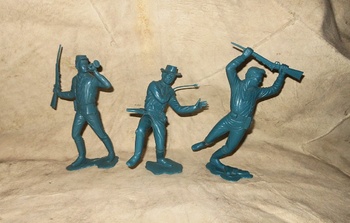 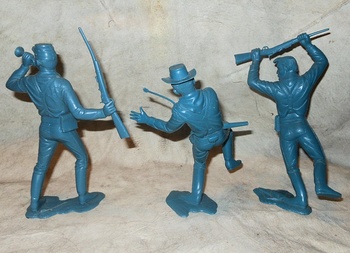 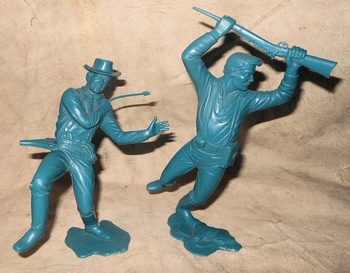 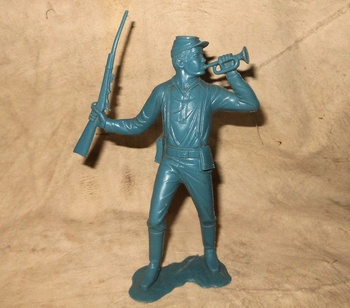 One runs across the Marx Indians and Cowboys fairly often along with the WWII soldiers but the cavalry not so much. Especially the wounded officer with an arrow in his shoulder. Unfortunately the pistol he is dropping is missing along with his pinky. But the arrow is intact so that is good. He isn't as bad off as the cowboy who got shot who I posted a couple years back.
Note these figures are very 3 dimensional and well animated. Toy soldiers made now are rather flat in their poses as those are much easier to mold. They are also well balanced as even though two are just standing on one foot and they stand even on an uneven surface.
Wrapping it up is the bugler. Marx made a 12" figure based on this in about 1968, the Zeb Zachary figure of the Fort Apache Fighters series.
The date on the base is 1965. I believe they stopped making these around 1970 after the company was sold to Quaker Oats.