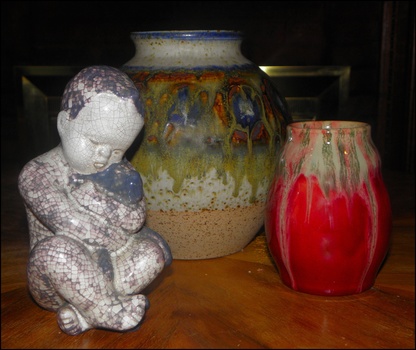 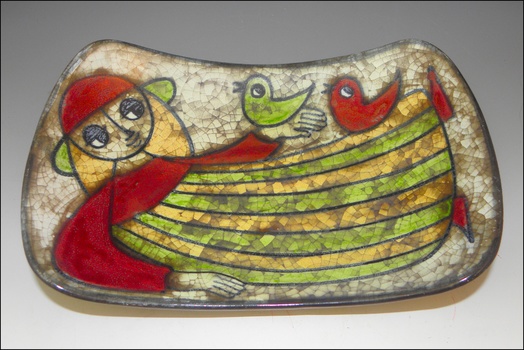 Boy with Dog in the “Persia” glaze. Andersen won a gold medal for this at the World's Fair in Brussel in 1935. The Persia glaze went on to be used on many designs well into the 1960s.

Majolica red vase with a grey streaked with green running glaze from the Dania series. This series was produced from 1916-1930.

Iridescent shallow bowl (9.5" x 6.0") by Marianne Starck in the Persia glaze. The Persia technique is a special craquele glaze developed by Daniel Andersen in the 1930s. Marianne Starck (1938-2007) was the artistic leader at Michael Andersen pottery for decades. She came from Northern Germany to the pottery in the 1950s and stayed there until it closed in 1993. She was a very innovative and versatile artist who made Michael Andersen pottery famous worldwide