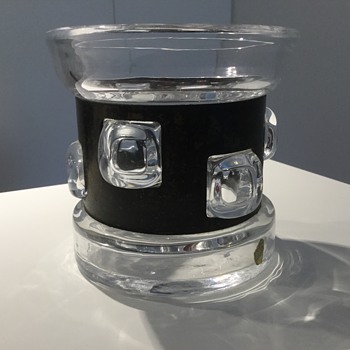 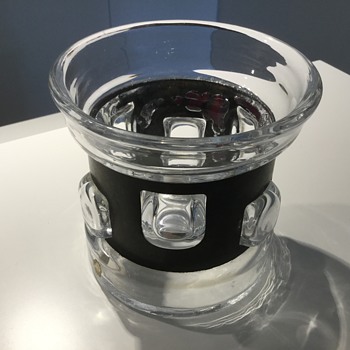 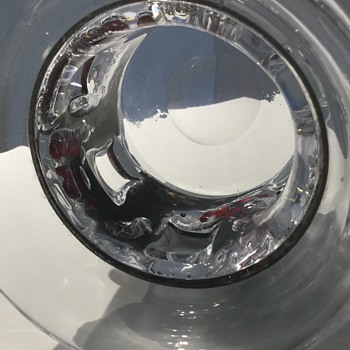 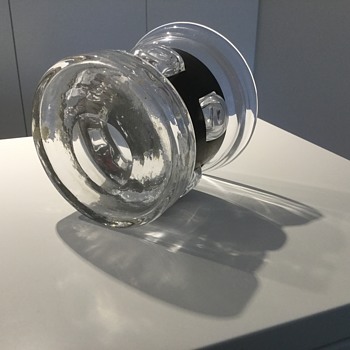 Found recently at my favourite oppie an unsigned version of a Tribal vase in clear crystal. I have lusted after one for years and it finally came my way. The remnants of a Flygsfors sticker can be seen in the photos. I love the internal colours of the copper on glass contrasting with the patinated copper on the exterior. The glass protruding through the openings are a delight to my eye each morning.