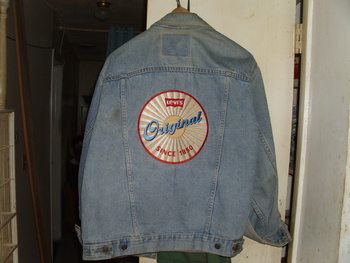 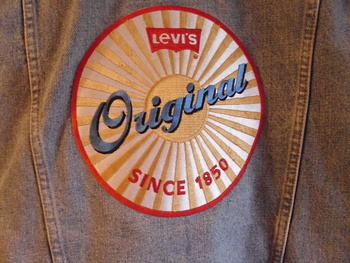 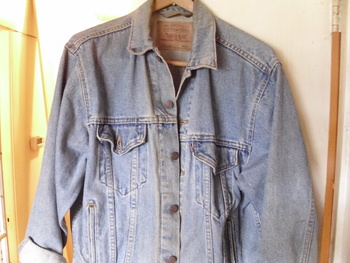 I have had this jacket for years and never gave it much thought. I was in the store shopping and a tourist from up north came and asked if he could take pictures of my jacket. He took a number of pictures, then asked if I would sell it. I said no, why? He said it was only the third one he had ever seen and he wanted one. Then he made me a very tempting offer which I also refused. Then he said he would buy me a new jacket as well as his offer in cash. The more he talked the less I wanted to sell. That prompted me to research the jacket. It is the 70507 type 3 with the small "e" red tag. Yet it also has single row stitching around the bottom button at the waistline.

Small e started in 1971 but single stitching at the bottom button hole was only used before 1971. The Levi patch in the middle of the back is large, 8 inches in diameter. The patch, red tag and stitching all caught the guy's eye that wanted to buy it. I wonder if anyone has seen this jacket or might possibly have a link to where there is one.