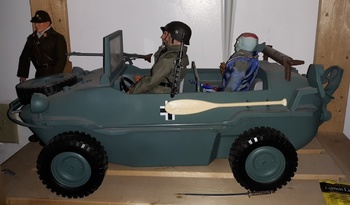 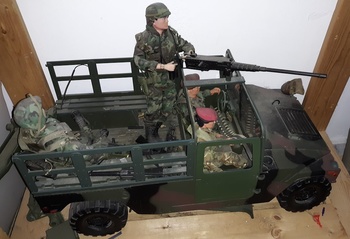 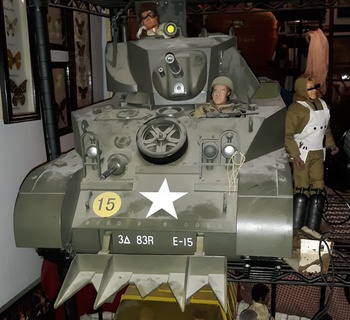 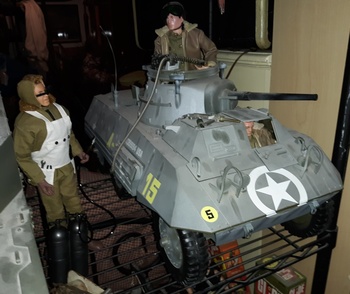 These are all circa late 90s to the early 2000s. The first three were made by 21st Century Toys aka Ultimate Soldier. The last one is a Hasbro GI Joe vehicle.
Photo #1 is the Schwimmwagen which is an aquatic version of the VW bug with a machine gun. Dr Evil is riding in the back seat. Time to play in the tub.
Photo #2 is the Humvee. It was smaller than 1/6th scale but still made for the 1/6th scale figures. It went for about $50 and as the first of their vehicles I think they were trying to keep the cost down.
Photo #3 is the M5 Stuart tank. This time they went full scale and these sold for $200. To give you an idea of how big this is it takes up most of the room in a full sized trunk as see posted at CW.
#4 is a Hasbro GI Joe M8 Greyhound. Smaller than a tank but bigger than a jeep and still pretty big.
No clue what I will post tomorrow. 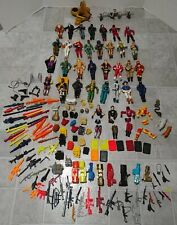