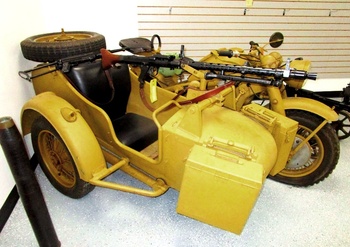 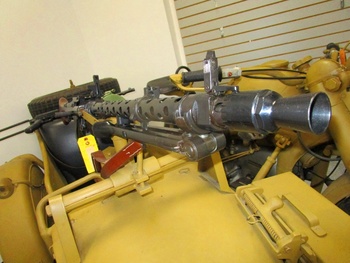 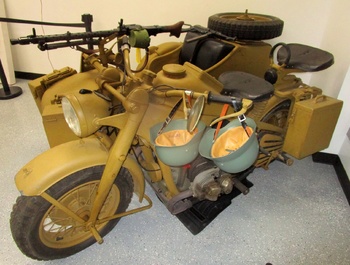 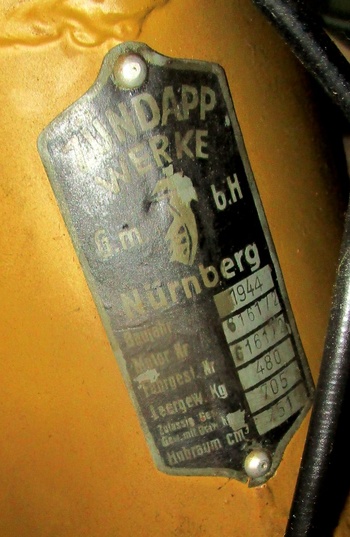 1944 Zundapp KS-750 Motorcycle made for the German Army during WW II. Only 18,600 were produced and this one which has the matching serial on the side car was number 16,172 one produced. It has the original MG-34 machine gun from which the receiver was removed and replaced with solid steel block and is thus a totally legal BATF approved non-firing original genuine WWII machine gun! Otherwise all other parts to this bike and the armament are original. Abandoned by the German Army during the retreat from Russia and found hidden in a barn in Eastern Europe, this relic was brought to this country and restored by the owner and is the only Motorcycle of this type, in this condition, in the entire world.
History of the Zundapp KS-75