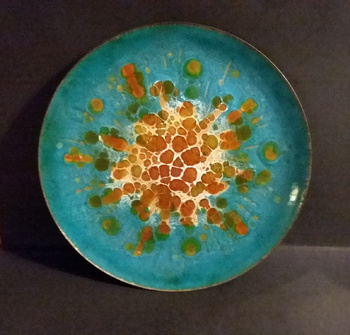 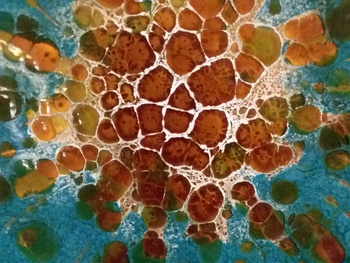 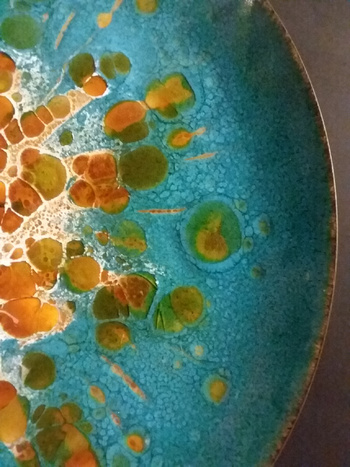 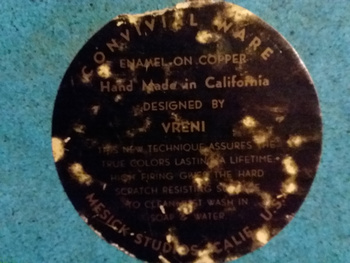 Here is another example of Mesick Studio's Convivial Wear, a charger that measures 14" in diameter and 1" high when laid flat. I've had this for 20ish years and moved it today while rearranging my display space for some of my new Japanese and Czech art glass. In my research, I found that at some point Mesick Studios was acquired by Verity Southall Ltd. which was active from the mid 1950s into the early 1970s. Verity was in some hot water with the U. S. government over their import practices in the early 1970s which may have put an end to them. The Vreni credited as the designer on the label was probably Vreni Wawra, a female Swiss designer who was active in California in the 1940s-1970s. The earliest mention I found for her was in California Arts and Architecture in Volume 59, 1942. Records I found suggest that she used only her first name professionally and she patented her signature in 1948 with the U. S. Patent Office. She was listed in Who's Who in California in 1971 as a Ceramic and Dinnerware Designer who was born in Bern, Switzerland. She was mentioned in several industry publications during her career. Mesick Studios left very few records.

Here is a CW post by billretirecoll for another example of Convivial Ware: 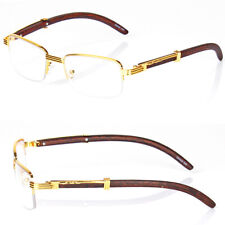 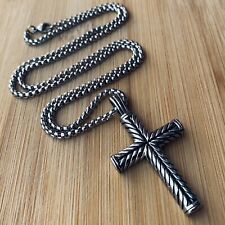 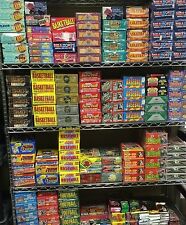