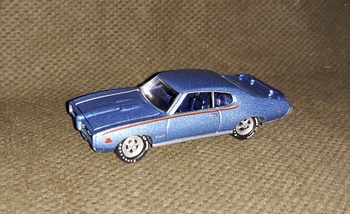 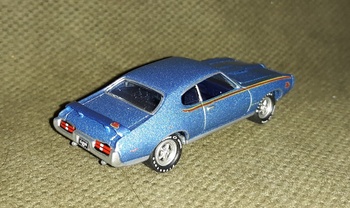 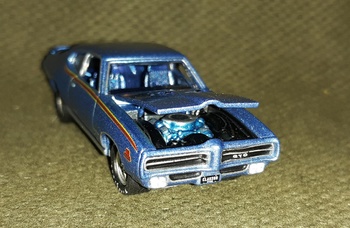 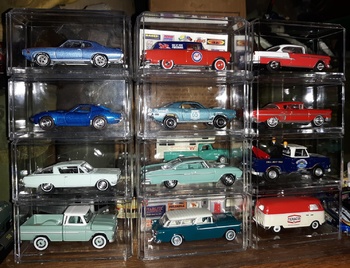 Round 2 is the company that took over from Playing Mantis which brought back the Johnny Lightning line around 2000. This model was first rele3ased in 2003 and then again in 2018. The quality is even higher now as there are several companies making high quality die cast model.
Many fine details on this one such as lettering on the tires and the license plate and best of all the spoiler. Oh yes a detailed motor too.In 1969 car companies realized their vehicles were being modified so they started making them that way. Drag race ready cars off the shelf.
In the last pic in is in one of the modular clear display cases which are both attractive and save space!