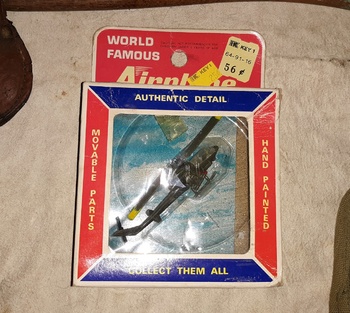 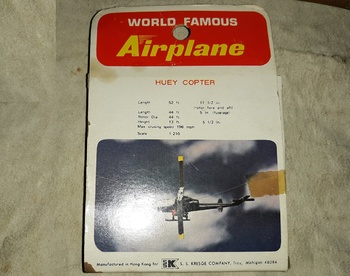 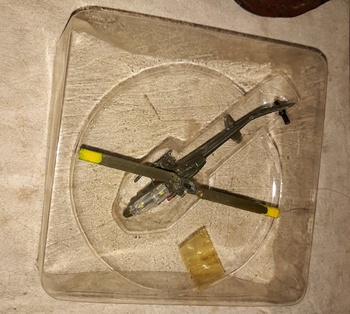 The Huey Copter aka the Huey Cobra. This is a special version made for the S. S. Kresge company. I believe they were a 5 and Dime. Ah it turned into K-Mart eventually. This is something I have not run across before. The color scheme is the same as the regular Bachmann version but the regular version is a " Bell Uh-1B Iroquois Helicopter" instead of a "Huey Copter". Also the artwork on the back is different. Also the plastic insert which holds the model is different. All of this is very exciting I am sure but collectors like the rare variation thing.
In addition this is a rather cool little model. Probably one of their better ones. Has the rocket pods and mini-gun.
The 1:1 version began service in the Vietnam War and are still in service today with new improved versions.