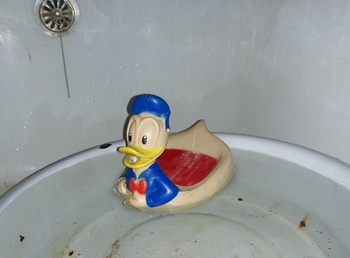 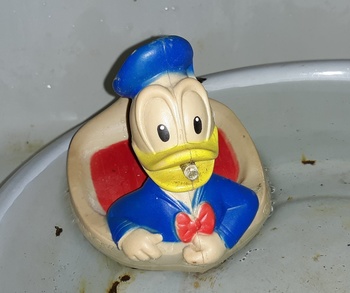 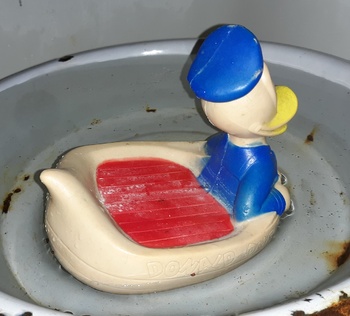 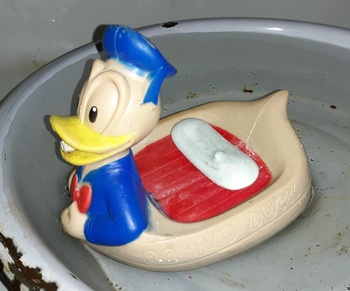 This is one of those things that I don't collect that I bought anyway. It is an attractive and functional Donald Duck Floating soap dish. In photo #4 it is actually floating with a small bar of soap in the back. It is Irish Spring with Aloe.
The Sun Rubber Company was in business from 1923-1974. This style of Donald Duck started in the 1940s Probably none made in WWII so 1946-1974 although I would guess 1950s/1960s. Probably more 1950s or early 1960s going by my collector sense.
The bonus feature is the squeaker. Good for puzzling cats, oh they do not care for it at all. Don't think ducks would fall for it though. Will test it on Daffy if he comes by.