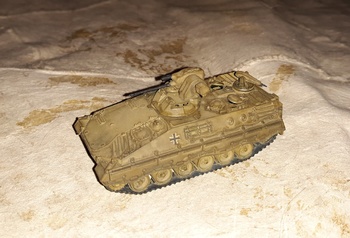 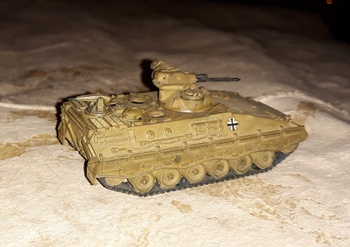 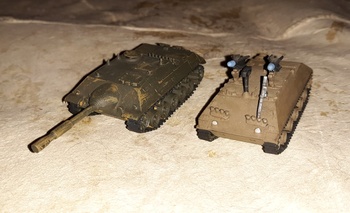 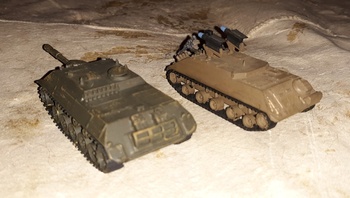 This time we have the Marder and the Jadgpanzer Kanone and Jadgpanzer Rockette. I am not going to look up the spelling on those, they close enough.
The Marder is an Infantry Fighting Vehicle and not a tank but calling it an Infantry Fighting Vehicle gets annoying so tank is ok. This carries about 4-6ionfantry in the rear who can dismount out the rear ramp' It has a small caliber cannon and a machine gun in a turret and remote controlled machine gun in the back which looks really cool.
Next is a pair of tank destroyers which are cold war vintage. One has a 90mm cannon and the other has anti-tank missiles. These were made to react to a Soviet invasion but they were soon replaced by helicopters and actual tanks.
Feel free to note the fine details especially on the Marder.