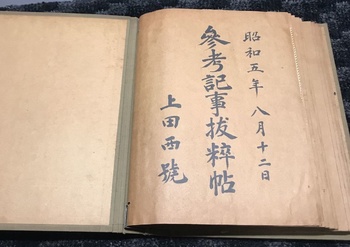 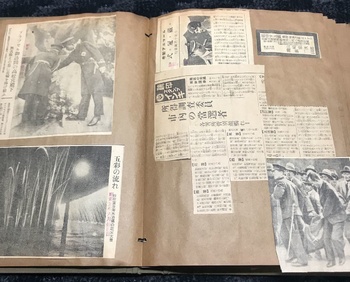 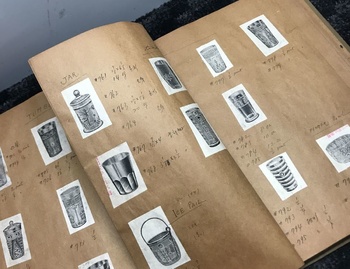 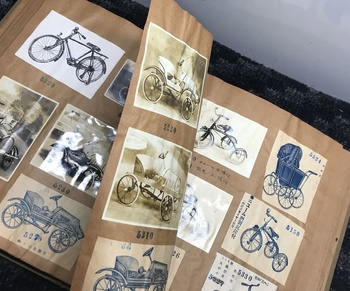 I bought this Japanese scrapbook on an off chance and even though I cannot read hirigana or kanji it is really interesting.
It was started in the year Showa 5, or 1930, and the initial pages have newspaper clippings about current events. Some look to be about the Sino-Japanese war that began that year.
After a gap of blank pages there are about 20 pages of glass products. It looks to be a self made catalogue with individual pieces shown in a drawing or photo, listed by type and with sizes noted. The writing is all in English and although it is well done the occasional spelling error makes me think it was written by an English speaking Japanese person. Perhaps it was used as an order or sales tool for overseas buyers? I haven't identified yet which company produced the glass but most carry the same brand.
The next section carries a self made toy catalogue, again in English, with a variety of tricycles, pedal cars, prams, and other toys. Fantastic group.
The last section has had pieces removed. There are witness marks of glued in paper much like the glass photos, but they are gone and there is no writing to identify what was there.
It's a very cool bit of history and of course I'm pretty excited to see pre war glass listed. It's already given me one answer.
The base book itself is really well made with a wired double spine and very thick cloth-covered covers. At almost 100 years old it's still very sound with some darkening of the paper the only thing aging it.
I'm still having fun going through it!