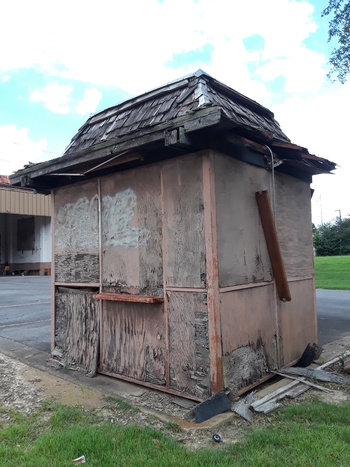 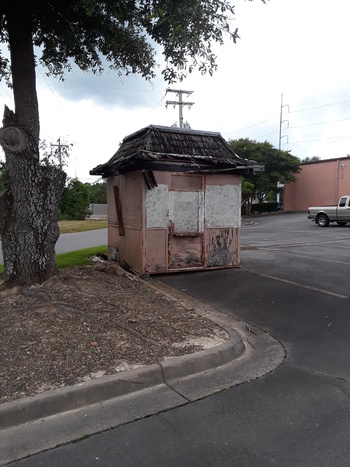 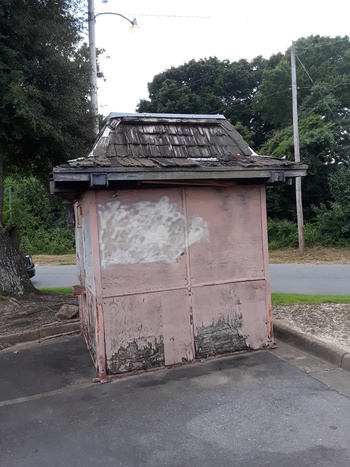 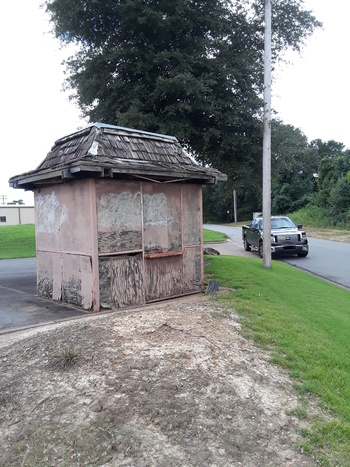 Pictured here as of this afternoon, where it's otherwise been sitting for at least a couple decades now, in the parking lot behind a local HVAC/electrical supply business, also next door to the entrance of a local self-storage place. (thus why I know how long its been sitting there...)

I believe this to be the remains of an original FOTOMAT booth, something that used to exist here in the USA in the late 1970's thru 80's (or so) before the whole "digital camera" (not to mention 'phone camera') things came along, when people that wanted to take pictures of stuff actually had to deal with taking the pics first (on "film" cartridges) then waiting a few days (or few hrs, as was kinda FOTOMAT's selling point) to eventually see the results once the film got "developed". You had to pay for it whether the pics came out or not, BTW... ;-)

How it came to be here and from where I'll never know, (nor really care) but at least it isn't in my *own* backyard...? <LOL>