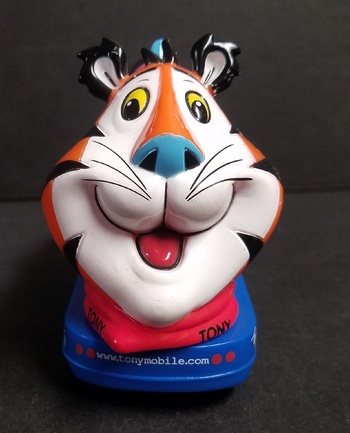 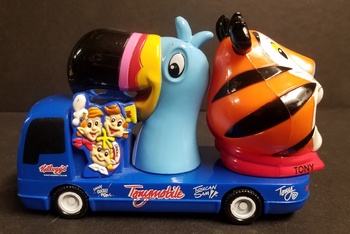 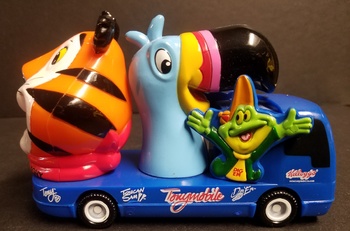 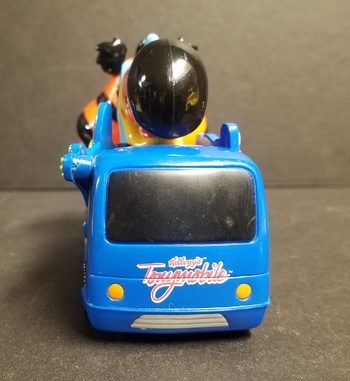 I'm not sure where I got it? It's kind of an odd vehicle And I can't find very much information on it.

TONY THE TIGER
Tony the Tiger is the advertising cartoon mascot for Kellogg's Frosted Flakes breakfast cereal, appearing on its packaging and advertising. Tony has also been the mascot for related cereals such as Tony's Cinnamon Krunchers and Tiger Power. 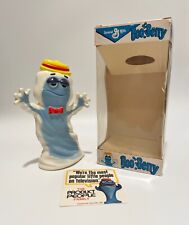 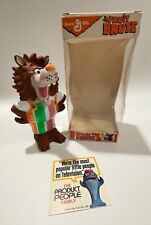