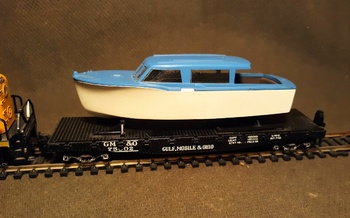 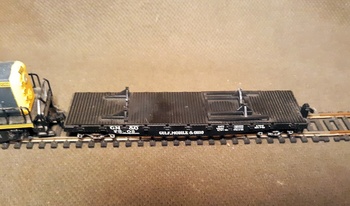 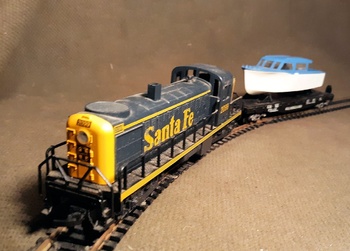 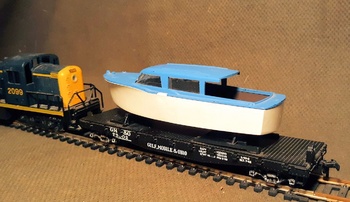 This Athearn made freight car is a bit unusual due to its load which is a large boat. It is 40' flatcar so it must be a 30' boat. This set was available as a boat with a red hull and white top and brown flatcar that could be bought separately. This one came only with a complete train set. Locomotive, caboose, track, transformer and so on. Got this by itself though at an antique mall.
Gulf, Mobile & Ohio railroad pretty much has the route in the name. It merged with Illinois Central in 1972. In the train set it came with a Santa Fe F7A. So looks like the boat is headed west.
Here it is being pulled by an ALCO RS2 model made by AHM. The RS units were the first locomotives that could be joined together and controlled from a single cab.
Not sure what is coming tomorrow, could be more rocks.