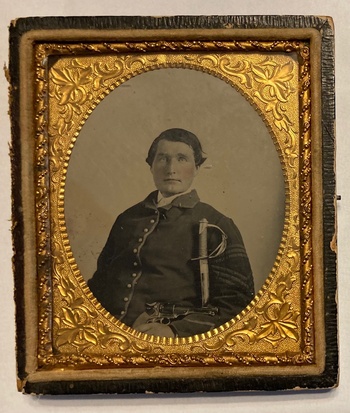 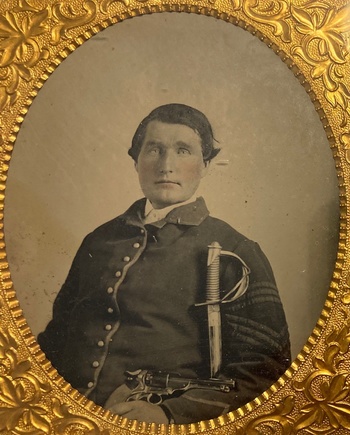 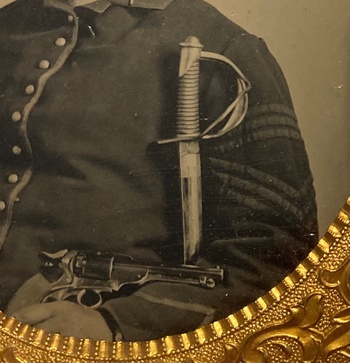 Sixth plate tintype in a half case of an armed Union Quartermaster Sergeant. The image is very crisp-- some great details visible. The weave on the shoulder stripes can be seen.

He has his cavalry saber at his side and cradles a .44 caliber Kerr revolver in his arm.

"The five-shot.44 caliber Kerr revolver was manufactured in England by the London Armoury Company and could be fired either single or double-action. Nearly all Kerr revolvers imported during the Civil War were purchased by the Confederacy and were preferred by many Confederate cavalrymen." (Smithsonian, National Museum of American History)

Will post a link to the Smithsonian in the comments section.

This may represent a soldier showing off his captured pistol.

My original tintype and jpgs, do not copy in any form without permission.