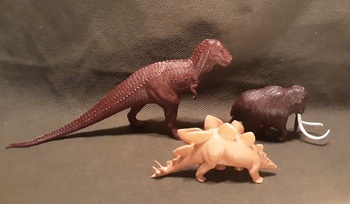 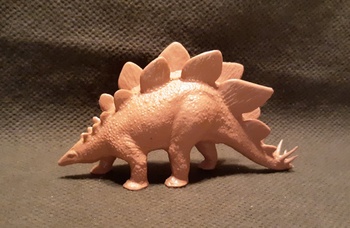 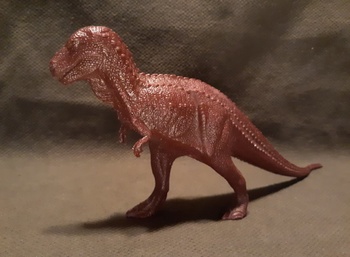 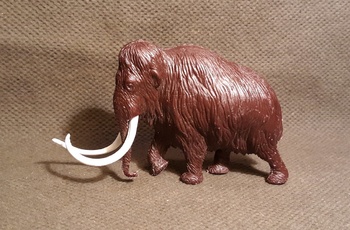 This series of Dinosaurs and other prehistoric animals made by Invicta. They were marketed as being authentic from the British Museum of Natural History (in London). These were unique among plastic prehistoric animals as they are all in the same scale and that is a good feature. They are similar to the Marx dinosaurs of the 1960s in pose and the plastic material.
All the ones here are pretty easy to recognize. First we have the stegosaurus which features the dreaded Thagomizer, named after the late Thag Simmons. Then the Tyrannosaurus Rex. As you can see it was twice the size of a Wooly Mammoth.
Last is the Wooly Mammoth. Apparently the have reconstructed an entire DNA sequence so you may be able to see these at a zoo someday.