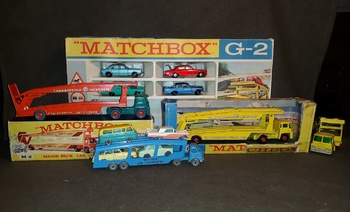 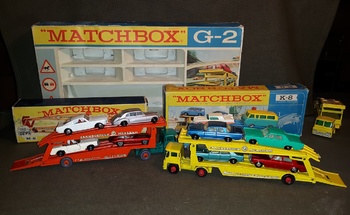 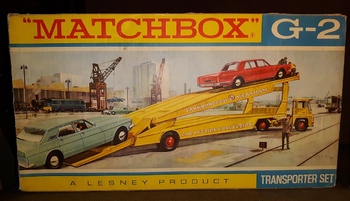 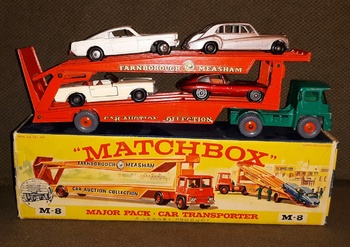 Nothing new and exciting but some compare and contrast action. Let's see what we have here.
The blue one is Accessory Pack AP-2. It was first released in 1957 to 1961 in this color.
The turquoise and orange model is Major Pack M-8. This one was sold in this packaging and color from 1964-1966.
Next we have two of the yellow versions. The M-8 became a King Size model K-8. Kept the number the same. The box with just the carrier is from the 1968. The Gift Set G-2 was issued in 1968 and 1969. It came with 4 Matchbox cars as seen.
Now with luck there will be something new and exciting will be coming next week.