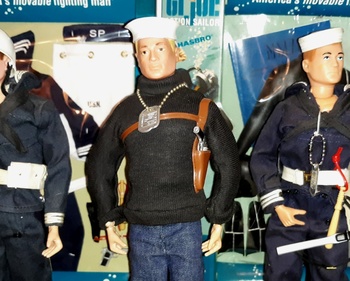 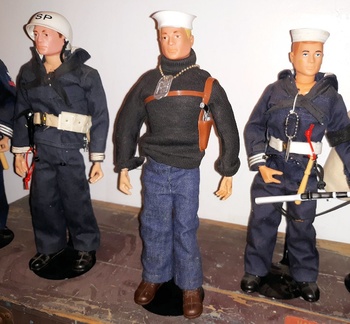 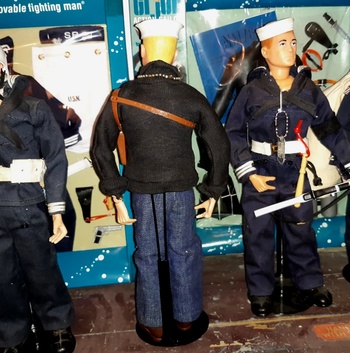 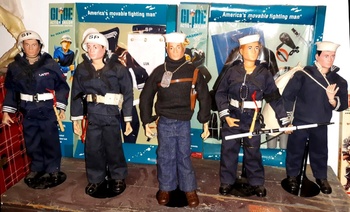 This was a figure I didn't realize I had as the pieces were spread out between three figures. So I put everything together and now I have an Aquanaut.
The Aquanaut was part of the Adventures of GI Joe series when Hasbro was moving from the military to a more quasi-military/civilian line. There were four figures. The Aquanaut, Adventurer, Black Adventurer and Talking Astronaut. The Black Adventurer actually had a sticker that said "Negro Adventurer" I just found that out. These were soon replaced by the GI Joe Adventure Team with life like hair and usually a beard. The Adventures of GI Joe did not not have flocked hair.
This figure came with a sailor cap, bell bottom jeans, turtleneck sweater, boots, dog tag, shoulder holster and pistol. I think the figure is a bit sharper looking than the basic sailor. Looks like he is ready to go off on a secret mission. 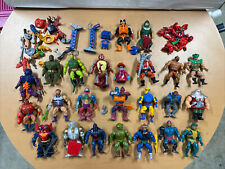 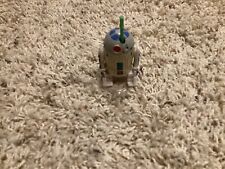 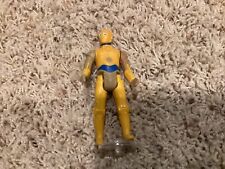 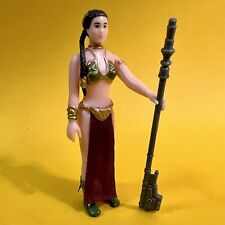