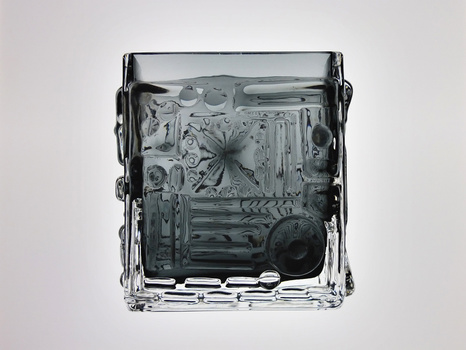 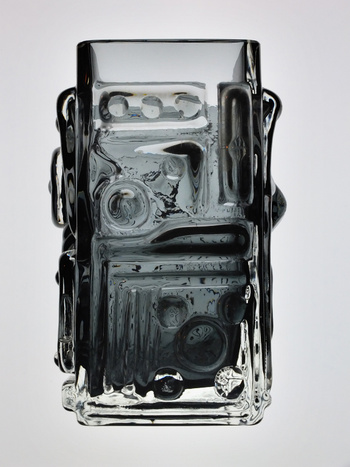 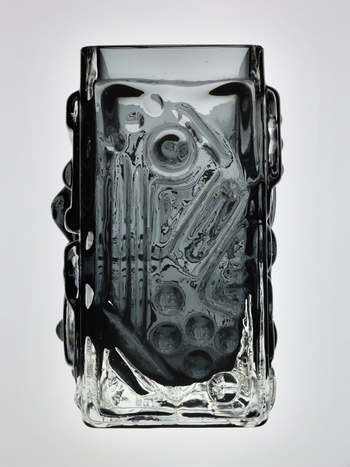 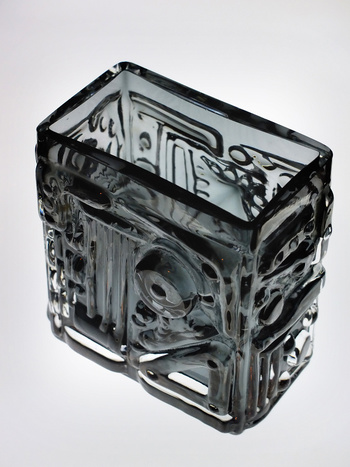 At first I thought I had bought a vase made by Ruda Glassworks. The seller had stated that the manufacturer was Ruda. But I recognized the design from Smalandshyttan (a small glass factory near Johansfors, started 1947 and closed down 1976) and Joseph Schott design. I had a larger red like this by Schott, which I won at a sporting event during my youth period, but it disappeared when I moved to a new home long ago.

Perhaps this was a well-made Schott copy from Ruda? But I doubted and bought the vase when I was almost sure that it came from Smalandshyttan and was designed by Schott. And indeed, I think I can now say for sure that it is a true statement. I namely found a similar vase when I googled, which was labeled with both Smalandshyttan and Joseph Schott. Link here: http://retropolitan.bigcartel.com/product/1960s-josef-schott-vase
I've also never seen that kind of vases from Ruda.

Facts about Josef Schott (from a memory article in the newspaper Barometern, after his death 2009):
Born in Czechoslovakia 1915. Art schools in both Salzburg and Berlin. Moved to Sweden after World War II. After a few years in Norway he returned to Sweden in 1955, where he was the head designer at Smalandshyttan for many years.