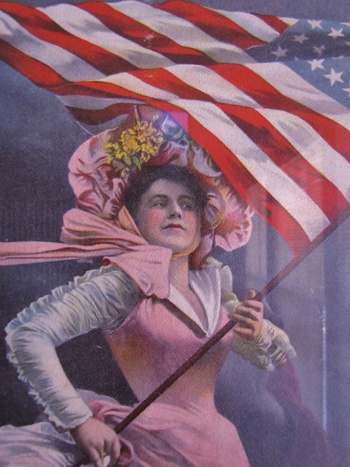 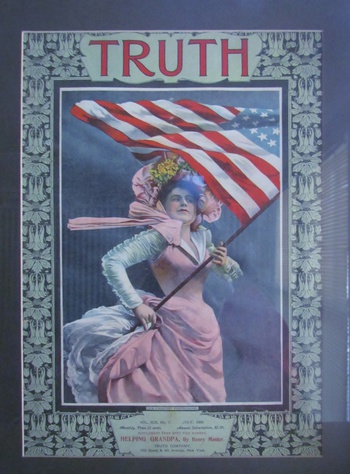 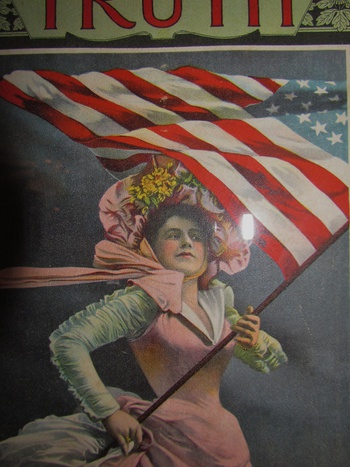 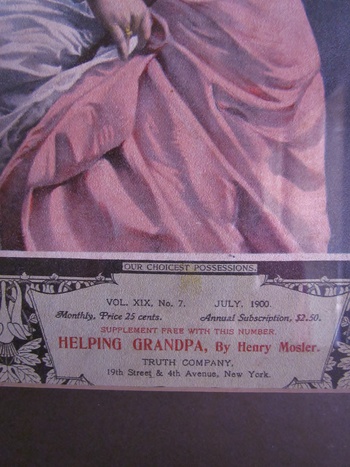 I post this tonight in memory of the four Americans who died in the attack on the U.S Embassy in Benghazi: Ambassador Stevens, Sean Smith, and especially for Glen Doherty and Tyrone Woods -- both former Navy SEALS....Remembering the SEALS on the rooftop who held their ground and died protecting Americans under attack. For these four generous and courageous men, I hold high the flag.

This cover was published in 1900, within living memory of the Civil War. Atop the escutcheon that bears the magazine name and the image/artist identifications appears the phrase: "Our Choicest Possessions".

Much more beautiful in person. ‘Under glass’ photograph.