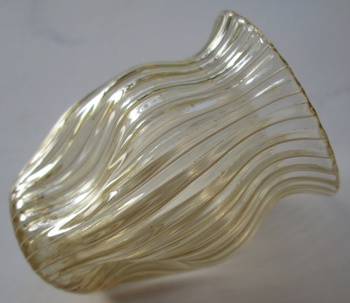 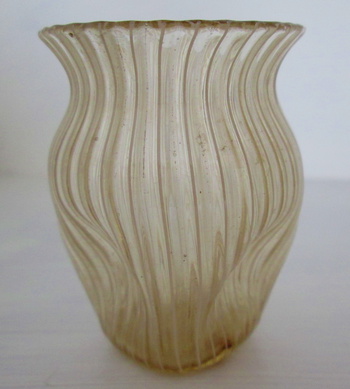 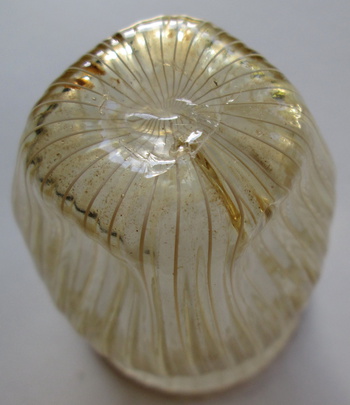 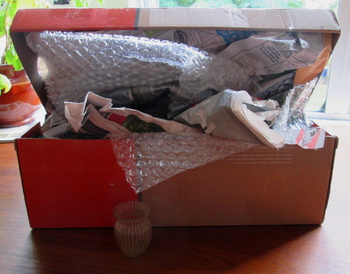 I missed out on this lovely vase on it's first way round and wasn't going to on it's second listing, so when it was nearing it's time I sat here mouse tightly held in my hand....waiting!

I just have to explain that in our N.Z. on line auction site, you can't snipe and I'm one that doesn't like to bid till the last 2 minutes I have to also explain that the bids can go on for ever because not like eBay were it ends on the time stated this auction is extended every 2 min every time a bid is placed after the finishing time ...great! for the seller extremely frustrating for the buyer....I also don't like to ask questions, unless really necessary or photos are that bad...but! these photos were perfect...could see the detail really well...and the post was high so I thought!... a decent size!

It stands proud at 5cm - or just under 2 inches.

I have categorized in Bohemian I have but have no idea who by.....can anyone help...many thanks...:-)