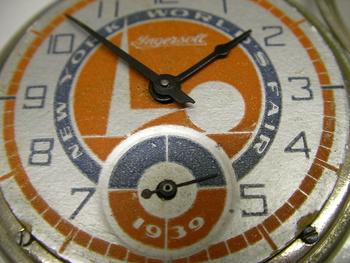 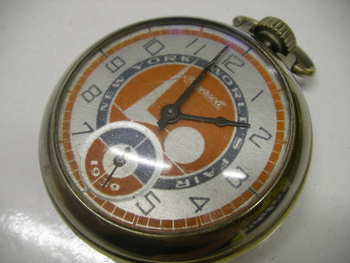 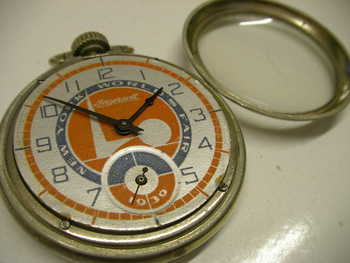 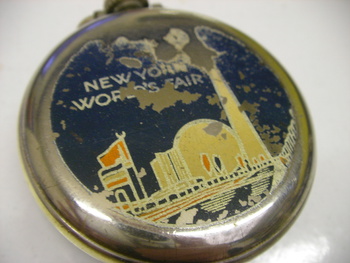 The pocket watch was made by Ingersoll in the late 1930s' to commemorate the 1939–40 New York World's Fair at Flushing Meadows-Corona Park. The NYWF of 1939–1940 was the first exposition to be based on the future, with an opening slogan of "Dawn of a New Day", and it allowed all visitors to take a look at "the world of tomorrow".

The watch case back has a colourful sticker with images of the Trylon and Perisphere. Part of the sticker has been rubbed off over the years but fortunately, most of the important graphics can still be seen.

Hope you have enjoyed this postings!