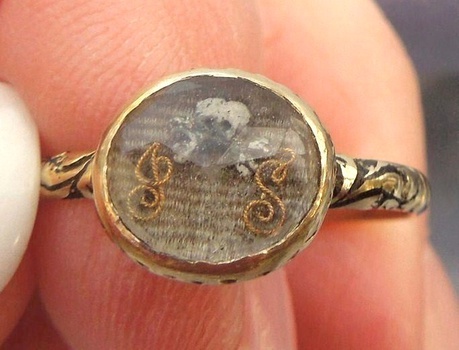 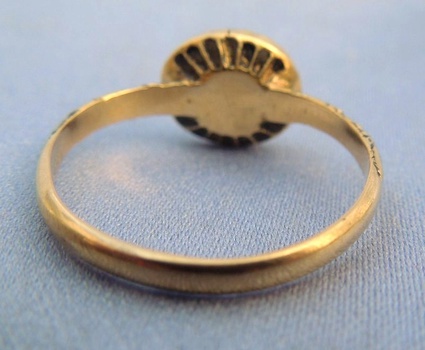 The late Baroque styled enameled acanthus shoulders still retain most of their enameling as does the radiant burst design to the rear.

UPDATE: Dates to the 1690s, the Stuart Era per recent appraisal. I listed this ring previously as Georgian, however, I was incorrect. The ring is much earlier.

Acanthus symbolizes mourning, so this ring was probably given to a mourner during the funeral of the deceased.